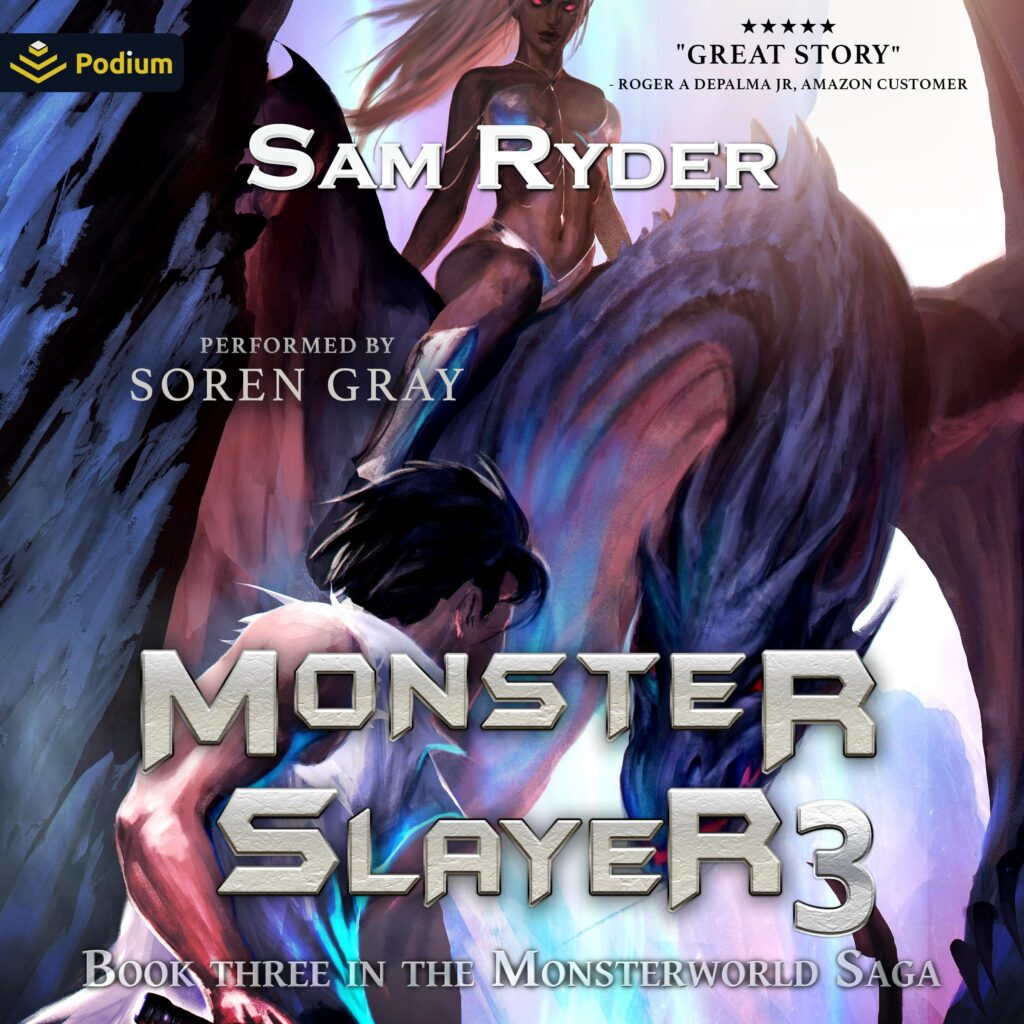 My name is Sam Ryder.
I was abducted from Earth and brought to a planet called Tor, a world of dying goddesses and monsters. I was leveled up – thrice now – turning me from a slightly overweight gamer into a chiseled fighter with spidey senses who gets more play with the goddesses than an Xbox.
At this point I’ve already faced two of the massive demons known as the Morgoss, those who are responsible for the overthrow of the Three goddesses and the theft of their powerful hearts. So far, I’ve managed to kill one of the bastards with help from my allies and recover the sky goddess’s heart. Two monsters and two hearts to go.
Note: This book has monster slaying, cursing, heavy violence, and a group of exotic goddesses and alien women. Mature listeners only.