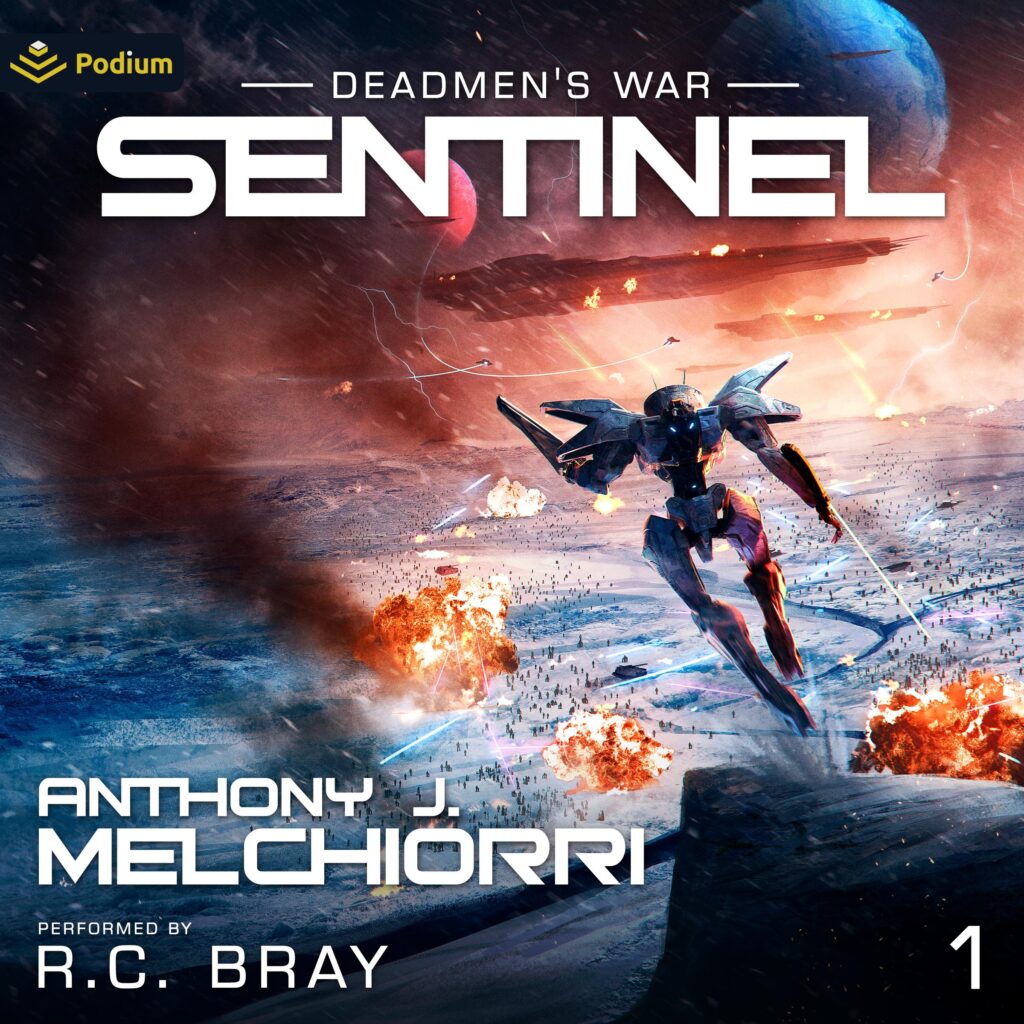 From the ashes of the ancients, a cataclysmic new threat rises.
Born on a forsaken desert planet, Cole Shaw has two options—perish from starvation and disease, or enlist in the New World Republic’s armed forces. He chooses the military. For the first time, he thinks he has a shot at a better life. But survival is not guaranteed.

Leading an elite team of mech operators, he is deployed to a frozen planet called Ferrous where dangerous relics of a past war lurk beneath the ice and savage creatures prowl the barren wastelands. Scientists on Ferrous are chasing rumors of godlike technologies buried in the ruins of a long-extinct civilization. When Shaw and his team are assigned to protect the researchers, they face an unexpected, merciless new enemy desperate to stop them.
An ancient secret has been awakened on Ferrous. The deadly race to claim this terrifying power has only just begun.

Performed by Audie, Earphones and SOVAS Award-winning R.C. Bray (Expeditionary Force, Galaxy’s Edge, Hell Divers), Sentinel is a must-listen for all military sci-fi fans in search of their next great series.