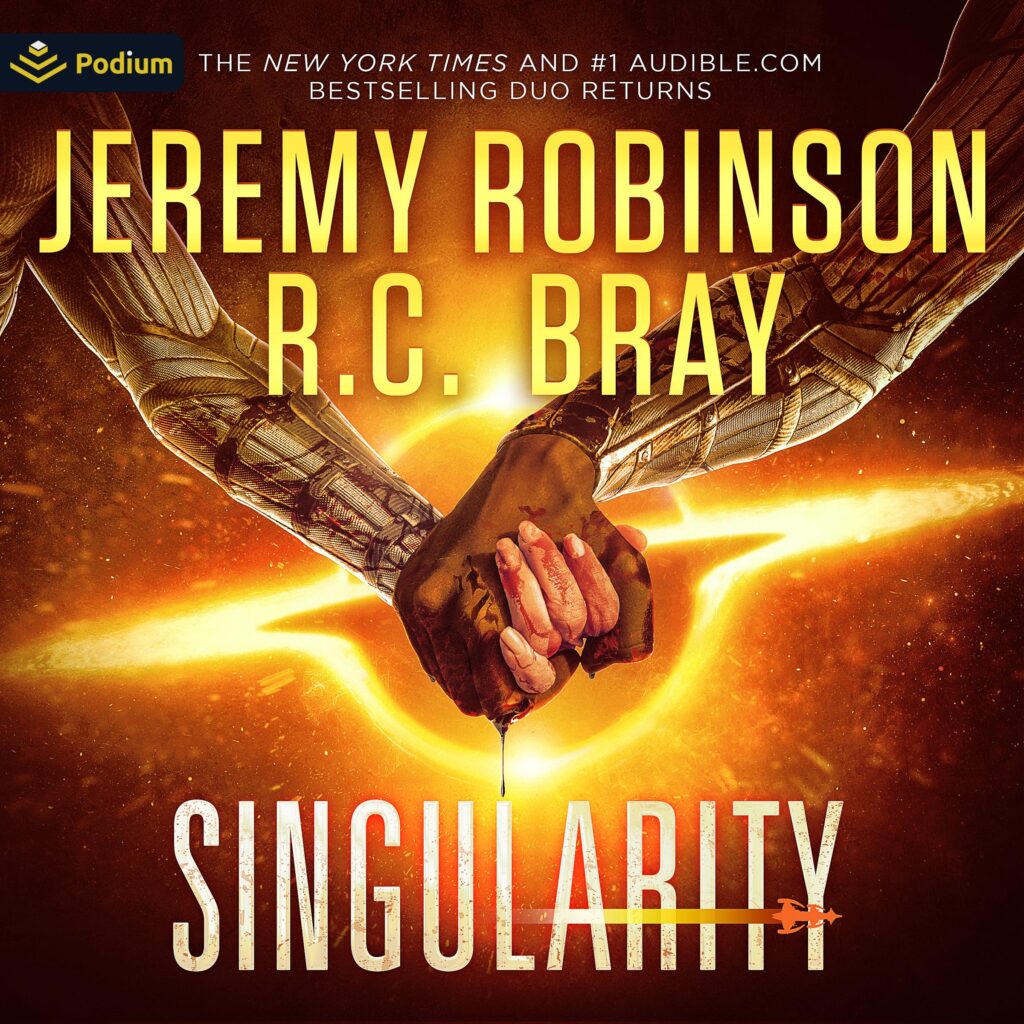 Singularity is the final book in Robinson’s epic Infinite Timeline, bringing together favorite characters from a vast world of standalone novels in a massive crossover that wraps up a 1.3-million-word saga.
Cherry Bomb, an A.I. made human—and immortal—is out for revenge against her creator, Will, who left her on the Galahad, a ship full of unholy monsters, traversing the universe from beginning to end, ad infinitum.
Countless years pass, giving her more than enough time to plot her revenge. Upon gaining control of the ship, she sets her plan in motion, building a vast army and reforming the universe as she sees fit.
On Earth, heroes are brought together. Miah, and his team of immortal gods, Titans, angels, and demons join with Dark Horse and the crew of the Bitch’n, along with Delgado, Wini, and a colorful cast of characters from around the world and the universe. They’re quickly thrown into a series of grueling missions, defending the Earth against all-out attack while attempting to uncover Cherry Bomb’s endgame.
Taking losses along the way, the horrible truth is finally uncovered. A planet sharing Earth’s orbit rounds the sun, on a collision course. It’s a desperate place populated by unspeakable creatures now flooding through portals to Earth. A planet…called Torment. And if Miah, Dark Horse, and the others can’t stop it, our reality is doomed.
#1 Audible and New York Times bestselling author, Jeremy Robinson, is known for taking risks and trying new things, but nothing has been more audacious than the Infinite Timeline. This massive world comes to a colossal conclusion in Singularity, a deftly written sci-fi thriller that’s as funny as it is action-packed. Start reading and bear witness to a conflict that might just spill over into the realm we call: reality.