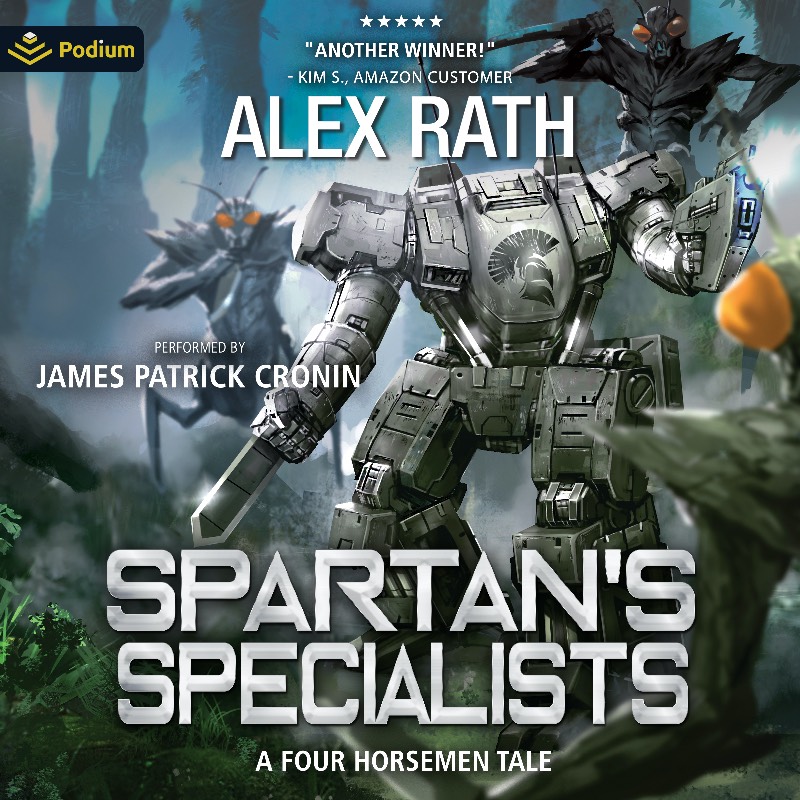 Captain Markus “Spartan” Nicolos is one of the Golden Horde’s premier hackers and communication specialists, and a top-tier CASPer pilot. His experimental Hoplite scout CASPer aided significantly in thwarting an attempt by a Besquith general to wipe out the Golden Horde.

Now, while most of the Golden Horde goes out on a major contract, Spartan has been given a small team of less than 30 mercenaries – all specialists – to teach a race that has just joined the Galactic Union how to defend itself. And, in his spare time, Spartan is to spy on the Merchant Guild.

After arriving in the new system on a ship from the Intergalactic Haulers Mercenary Company, Spartan’s group of specialists begin completing their mission, but things rapidly go downhill when they find out the Omega Wars have begun and Human mercenary companies are being hunted.

Unable to contact his company’s leader, Colonel Sansar Enkh, Spartan is on his own to put the pieces together and figure out a new plan to deal with the changing situation. Can Spartan’s small team of Golden Horde specialists complete their mission and find a way to survive the Omega Wars on their own, or is this Spartan’s last ride?

Tales from the Lyon's Den

Luck is Not a Factor

Hope is Not a Strategy