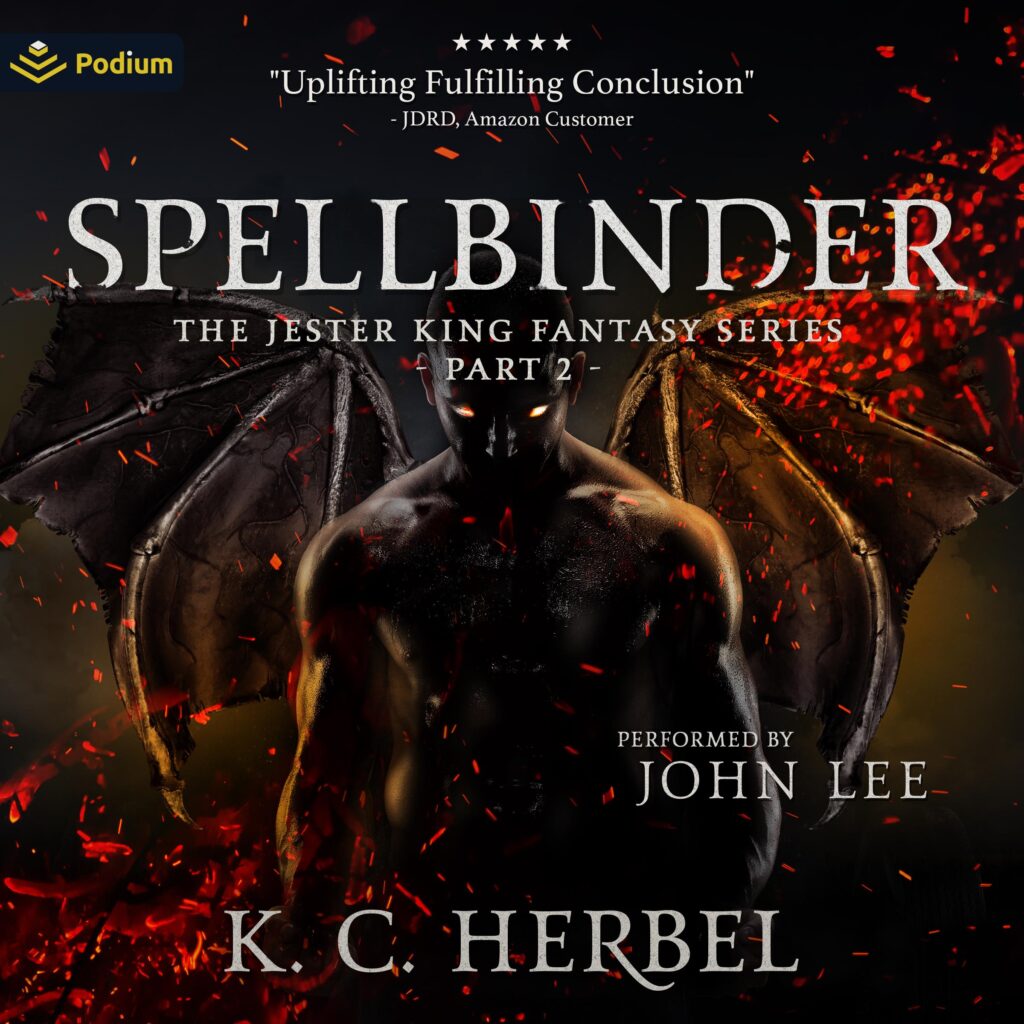 Arriving in Tirn Aill, Billy is challenged by many discoveries: his fae blood, his ability to use magic, and a powerful enchantment placed on him by his mother.
But unraveling her spell has dire consequences, and the faerie folk soon find their kingdom in peril. To avert a cataclysm, Billy needs a “spellbinder”, but he doesn’t even know what that is!
If that wasn’t enough, he’s receiving more visions of the future – of dead kingdoms and dying friends. War has come to Lyonesse, eagerly served by a wrathful Gwythian prince, sworn to revenge his brother’s death with Lady Cyndyn’s blood. So, Billy must return to war-torn Lyonesse to save Myrredith from her executioner, but can he save her and still save Tirn Aill? Just trying may cost Billy the spellbinder Tirn Aill needs so desperately.
Billy’s visions eventually point to a spellbinder in Castle Orgulous, making a showdown with Ergyfel unavoidable. But Billy’s no match for the wizard-king’s sorcery, and he knows it. He must cast away fear and trust an enemy with his life. Only then can he hope to attack Orgulous and defeat the tyrant sitting on its throne.
Meanwhile, King Ergyfel works his darkest magic against Billy and the invading Gwythians and tightens his grip on the crown. To keep his stolen throne, he summons demons from the ancient world. However, his deal with the one named Dheumon is costing him more than he imagined, and the arcane curse from Billy’s ring continues to consume him.
_Spellbinder _is the second part of The Jester King fantasy series.

K. C. Herbel, author of The Jester King Fantasy Series, spent the first part of his adult life building Oscar-winning robotic monsters in Hollywood, but now commits such dastardly acts with a pen. He now lives hidden from his torch-bearing pursuers in the woods of Virginia, with his complex wife, a pack of hungry dogs, and a monster.