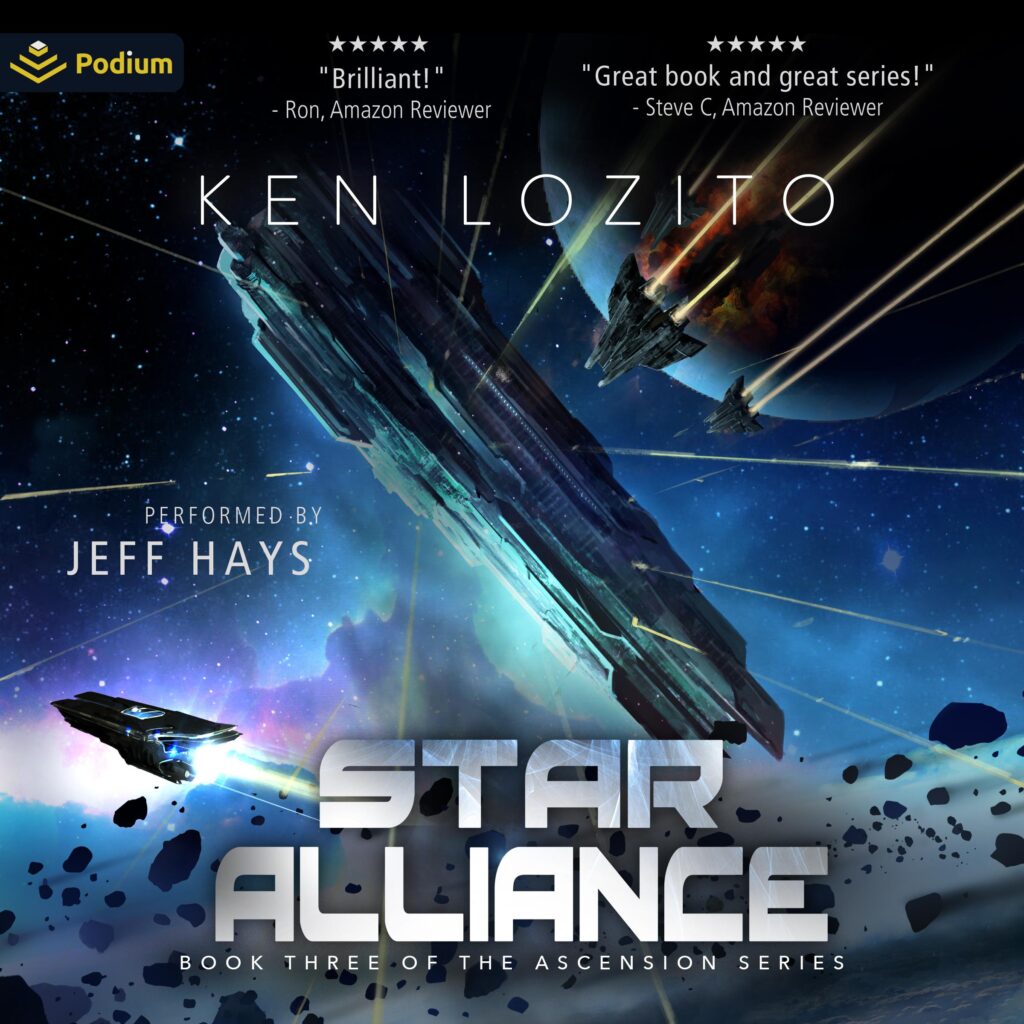 A daring rescue resulted in one of their own being captured. A soldier desperate to prevent the enslavement of humanity.
Held prisoner by a vicious alien whose race is determined to conquer the galaxy, Zack wakes to find that he is cut off from everything. Zack must figure out a way to escape his captors and a prison full of dangerous aliens to get back to his ship. Did his friends even know he was still alive?
Kaylan commands the Athena, Earth’s most advanced spaceship. The crew is far from home and caught in an intergalactic war. The Boxans demand that they leave the star system, Xiiginn warships are hunting them, and the Athena is hopelessly outclassed. Kaylan must choose between leaving Zack to his fate or risking the lives of the crew for the slim chance of rescuing him.
Kladomaor can’t let the Humans fall into the hands of the Xiiginns. The Boxans have been at war with the Xiiginns for years and they were losing. The Humans might be the key to their salvation, but only if he can bring them before the High Council and convince them to protect Earth. Their stealth ship is no match for the Xiiginn warships hunting them, and if he can’t get the Humans to leave soon they would all be doomed.
Star Alliance is the third book in an action-packed space opera series. The crew of the Athena stands upon a precipice and their next action will affect Earth for generations to come. Will humanity be the next race to be enslaved?