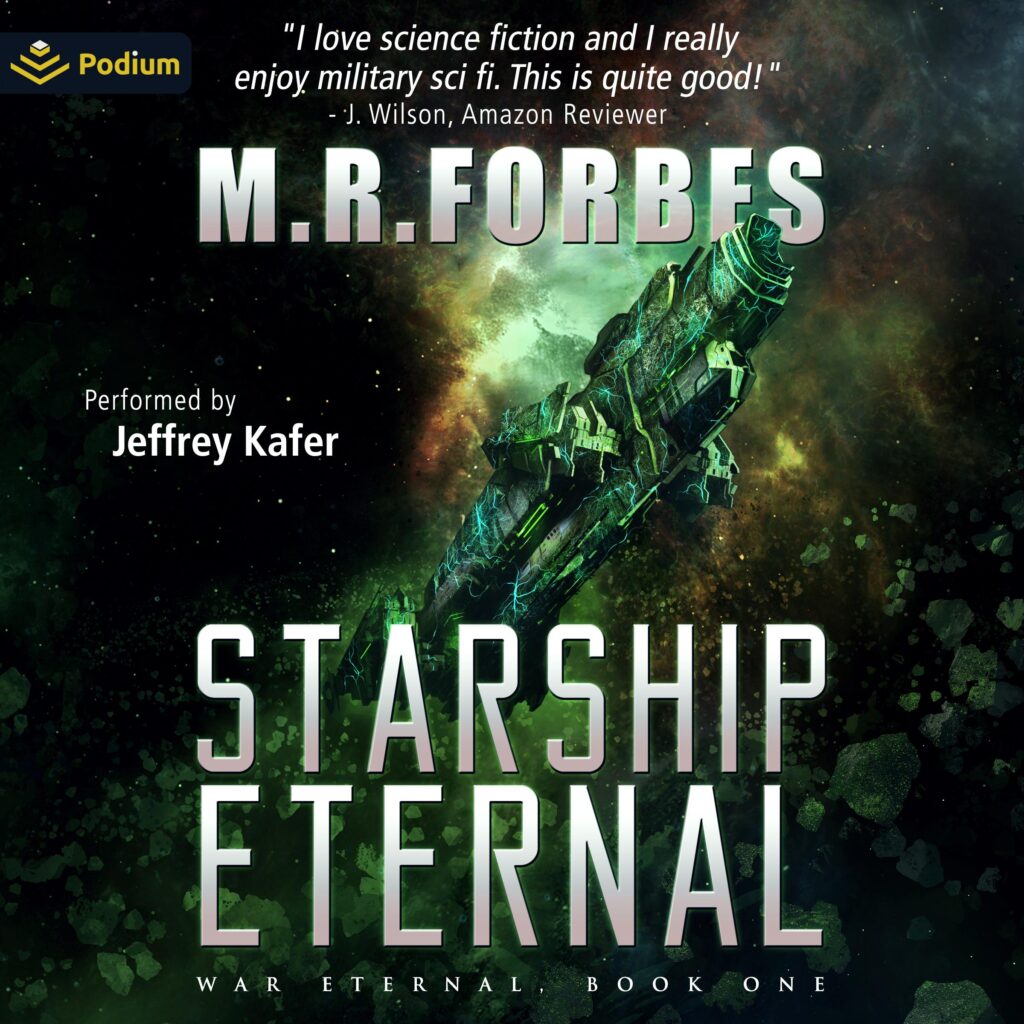 Captain Mitchell "Ares" Williams is a space marine and the hero of the Battle for Liberty, whose shot heard ’round the universe saved the planet from a nearly unstoppable war machine. He’s handsome, charismatic, and the perfect poster boy to help the military drive enlistment. Pulled from the war and thrown into the spotlight, he’s as efficient at charming the media and bedding beautiful celebrities as he was at shooting down enemy starfighters.
After an assassination attempt leaves Mitchell critically wounded, he begins to suffer from strange hallucinations that carry a chilling and oddly familiar warning:
They are coming. Find the Goliath, or humankind will be destroyed.
Convinced that the visions are a side effect of his injuries, he tries to ignore them only to learn that he may not be as crazy as he thinks. The enemy is real and closer than he imagined, and they’ll do whatever it takes to prevent him from rediscovering the centuries-lost starship.
Narrowly escaping capture, out of time and out of air, Mitchell lands at the mercy of the Riggers – a ragtag crew of former commandos who patrol the lawless outer reaches of the galaxy. Guided by a captain with a reputation for cold-blooded murder, they’re dangerous, immoral, and possibly insane.
They may also be humanity’s last hope for survival in a war that has raged beyond eternity.

M.R. Forbes is the author of a growing number of science-fiction series including Rebellion, War Eternal, Chaos of the Covenant, Stars End, and the Forgotten Universe novels. Having spent his childhood trying to read every sci-fi novel he could find (and write his own too), play every sci-fi video game he could get his hands on, and see every sci-fi movie that made it into the theater, he has a true love of the genre across every medium. He works hard to bring that same energy to his own stories, with a continuing goal to entertain, delight, fascinate, and surprise. He maintains a true appreciation for his readers and is always happy to hear from them.