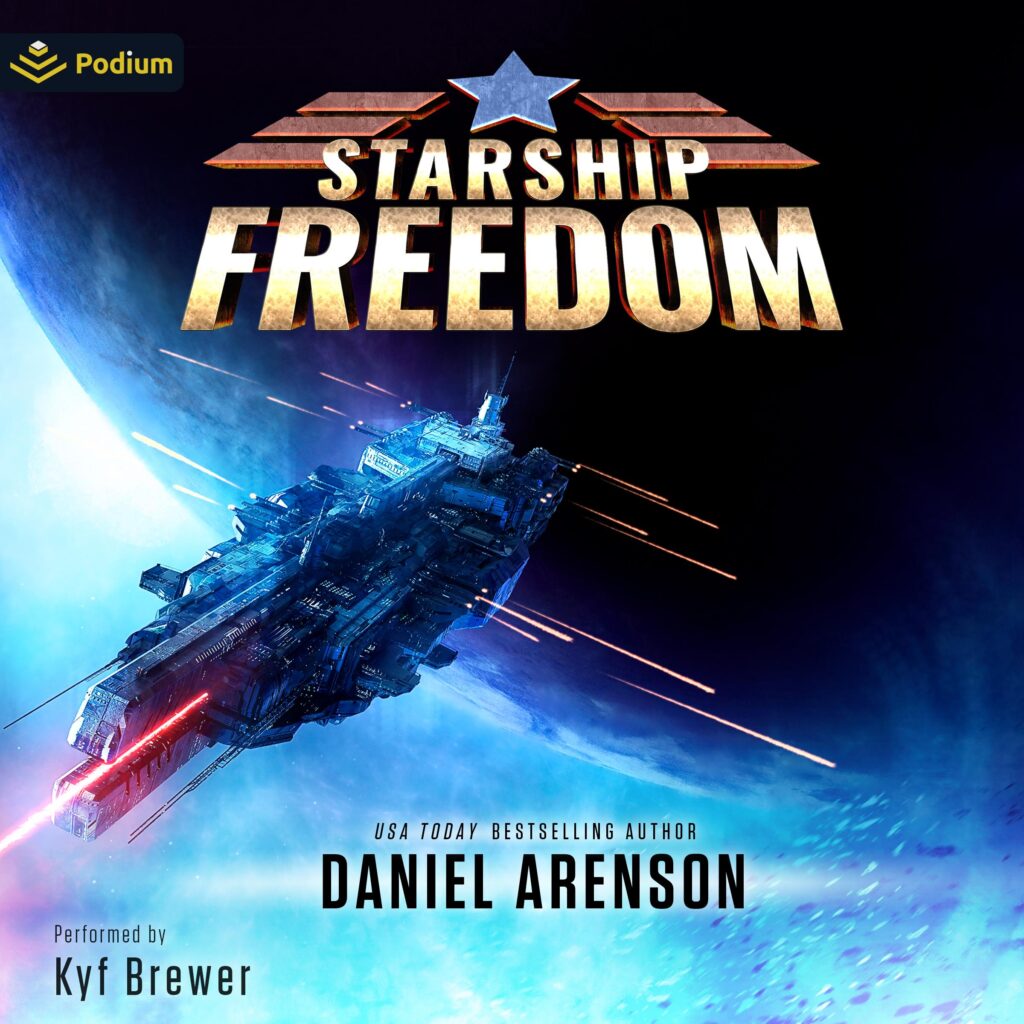 The starship Freedom is just a museum ship…until the aliens attack.
The starship Freedom was once a mighty warship. Today, she’s a tourist attraction. The space wars ended long ago. The Freedom is now a flying museum; the tourists love it. The Changing of the Guard, the starfighter aerobatics, the starboard cannon salute…it’s the best show in the galaxy.
James King commands the starship Freedom. He hates his job. He was a real soldier once, back when the Freedom was a real warship. He never imagined himself running a tourist trap. Right after Christmas, he plans to retire. Then, on Christmas day, the aliens attack. Horrifying aliens. Creatures of claws, fangs, and endless malice. Within hours, they devastate Earth’s military. Millions die. So much for retirement.
The aliens spare the starship Freedom. After all, she’s only a tourist attraction. But not to Commander King. He will get his beloved starship battle-ready. He will enter the fight. The Freedom will fly to war again!
Battlestar Galactica meets Starship Troopers in this sci-fi adventure from Daniel Arenson, the USA Today best-selling author of Earthrise.