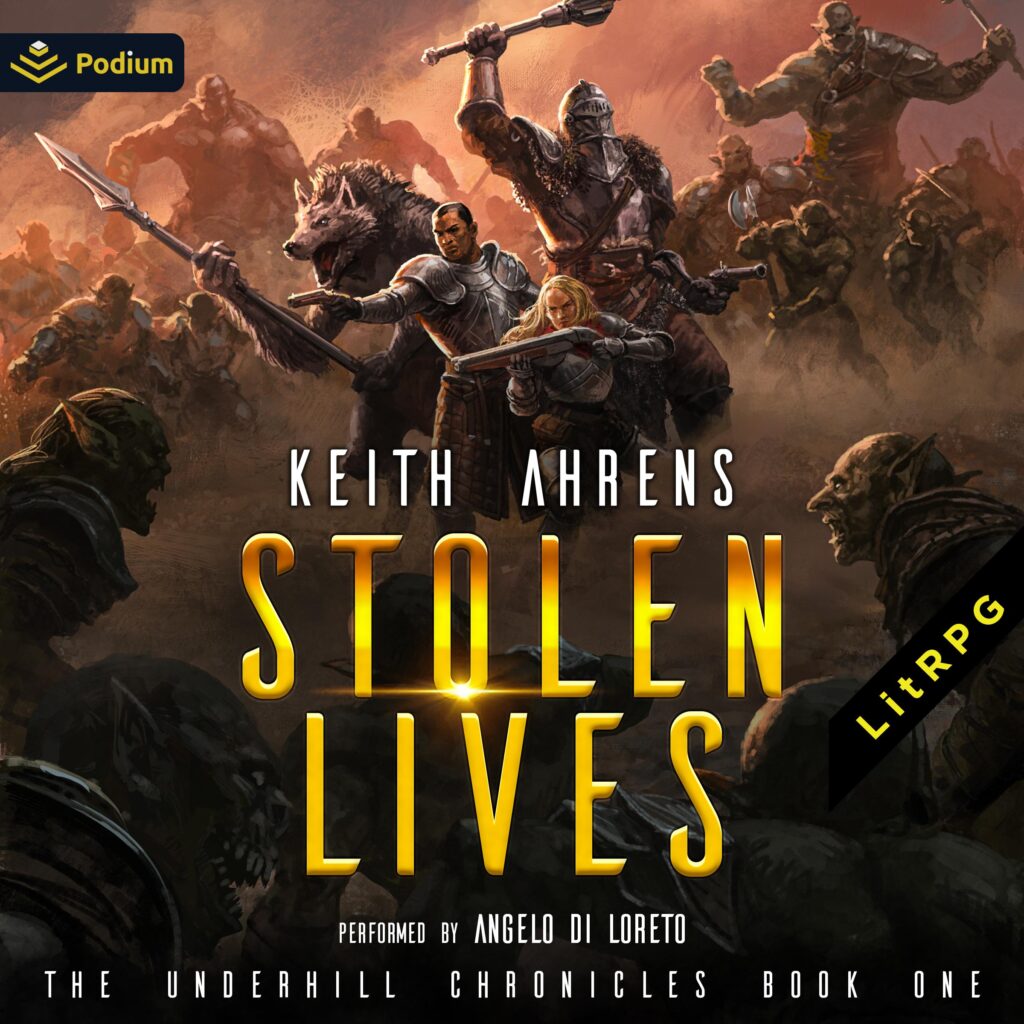 Trapped in another world. All stats against them. It’s fight or die.
When Caleb reported for his normal shift, he never expected to go from the front seat of his ambulance to a bloody battlefield in a medieval Fey Realm. Kidnapped and beaten unconscious, he wakes up with a concussion and a fresh tattoo. While this might not be totally unusual for him, having the tattoo project the image of his stats and equipment like an old school tabletop RPG kind of is.
He finds himself thrown into a cell with three strangers who’ve also been abducted. Even worse, they’re all from different time periods, and due to the disjointed flow of time between the real world and this realm, hardly able to understand each other. They’ll have to learn to work together.
Months of training will lead to a yearly battle they were kidnapped to fight in. It’s law.But Caleb has other plans. Outnumbered and under-armed, but lured in by freedom, he can either stay and fight in the games, or try to lead the escape to the only gate back to their world. Either way, it’s live or die.
Don’t miss this epic new LitRPG/GameLit Saga, perfect for fans of Spartacus, Eric Ugland, and Aleron Kong.