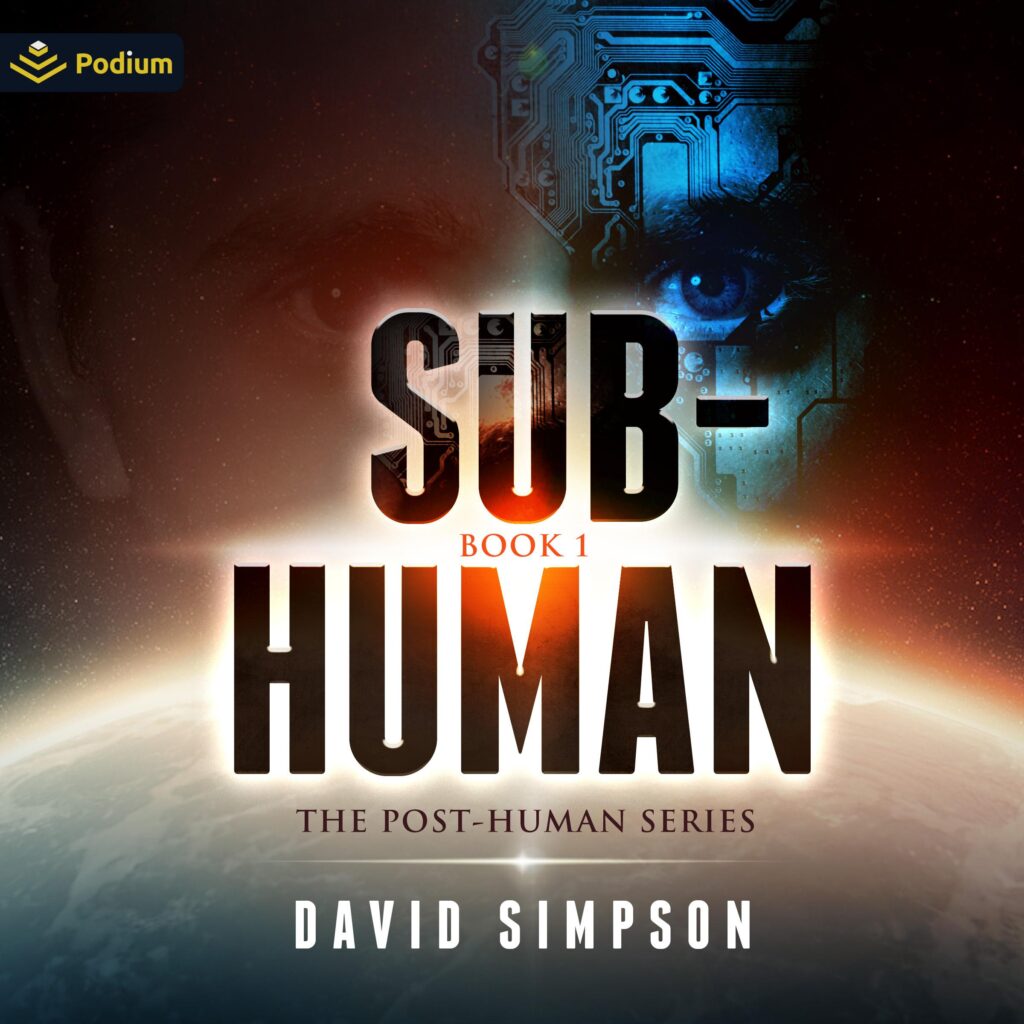 Before he was Old-timer, he was Craig Emilson, a young doctor, sucked into military service at the outbreak of World War III.
Enlisting to become a Special Forces suborbital paratrooper, Craig is selected to take part in the most important mission in American military history – a sortie into enemy territory to eliminate the world’s first strong Artificial Intelligence. The mission is only the beginning of Craig’s story, and for the story of humanity as well, as they accelerate towards a world that is post-human.
If you’re already a fan of the smash-hit Post-Human Series, this prequel to Post-Human, Sub-Human, will answer the previously unanswered questions of how the post-human world came to be. And, if you’re new to the series, Sub-Human will serve as an engrossing introduction to a possible future that has enraptured tens of thousands of listeners!

He is the writer/director of Dangerous to Know, Bestselling and Award-Winning Author of the Post-Human series, Film Composer, Actor, TEDx Speaker, Technologist and Futurist.