When an alien horde uses time loops to manipulate and enslave humanity, a Marine and her daughter are earth’s best chance for survival.

Quinn was a Marine sergeant hell-bent on ensuring that her young daughter had a world to grow up in. Now that an alien armada known as the Syndicate has invaded, that seems like a distant dream that will never be realized. But rather than accepting that the world she wanted was over, Quinn organizes a ragtag group of Marines and resistance fighters who take the fight to the aliens, even as they discover that things are not as they appear to be.

The world is on fire and Quinn and her small band of freedom fighters are the extinguisher.

The alien invasion is over and an occupation has begun. Trying to reach her mother, Quinn’s daughter, Samantha, has been stranded in a no-man’s land of shattered cities, broken dreams, and refugees. Already wise beyond her years, Samantha is forced to grow up quickly in the face of numerous life-or-death encounters, and soon links up with another group of guerrilla fighters to kick some serious alien butt.

It’s not a matter of if mother and daughter’s worlds will collide, but when … and once they do, the revolt against the alien invaders will never be the same.

The Syndicate leader, known as the Potentate, watches over everything, biding his time, working feverishly to manipulate the actions of Quinn and the others in the present and in past loops of time. Quinn and her daughter must stop the Syndicate by any means necessary, even if that includes magic and time travel.

Get ready for the thrill ride of a lifetime, because it’s going to get bloody messy. 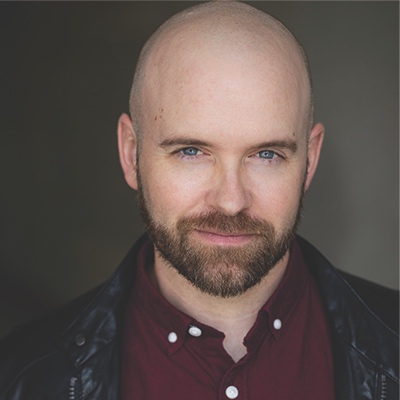 JUSTIN SLOAN wrote video games before becoming a full-time author, with credits on such games as TALES FROM THE BORDERLANDS, WALKING DEAD, and GAME OF THRONES, along with Marvel and mobile games. Now you can find his military science fiction and space superheroes books on Amazon, KU, and Audible.com. He studied writing at Johns Hopkins and screenwriting at UCLA. Along with his time as a Signals Intelligence Marine, Justin has worked for the government, taught Muay Thai kickboxing and Marine Corps Martial Arts, and can play three songs on the bagpipes.