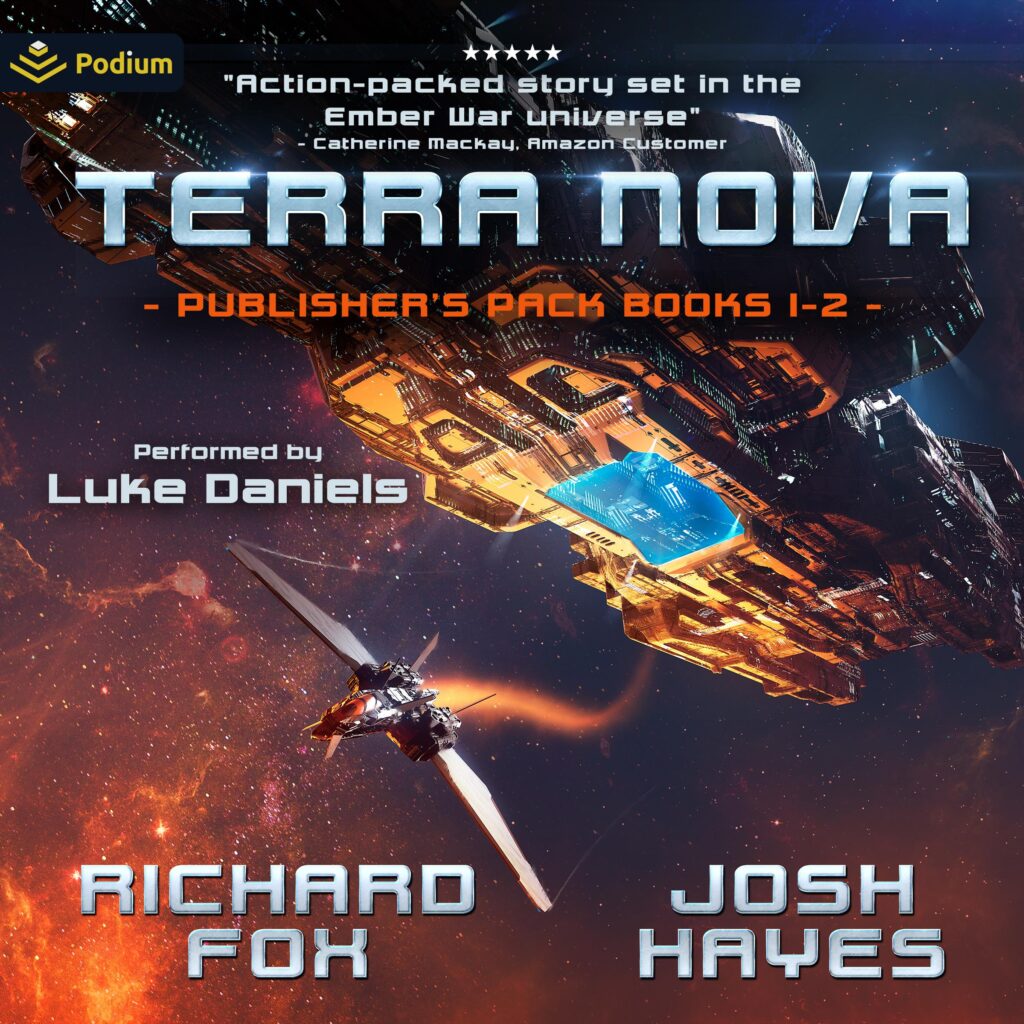 Contains books 1 and 2 of The Terra Nova Chronicles.
Terra Nova, book 1
Terra Nova. The promised world is humanity’s new home, safe from the threats of a dangerous galaxy, where veterans of a long war could live in peace. The promise was a lie.
Chief Katherine “Kit” Carson, of the elite Pathfinder Corps, joins the mission as a last-minute replacement, hoping to put a spotty past behind her and build a new life on a brave new world. The expedition arrives on Terra Nova, expecting to join the first wave of colonists, instead they find abandoned cities and are soon faced with a new, terrifying enemy humanity has never encountered before.
For the colony to survive, Carson must unravel the mystery of her new home and learn the fate of the first mission to settle the planet….
Bloodlines, book 2
Terra Nova broke free of the Ultari tyrants, but the colony’s struggle to survive has just begun.
Governor Ken Hale and his expedition brought technology to the Canis Major galaxy that will change the balance of power forever, and the Ultari will stop at nothing to take it for themselves. The colony needs allies, and with no other options, Hale sends Chief Kit Carson on a first contact mission that will either shield their vulnerable world or invite its swift destruction.