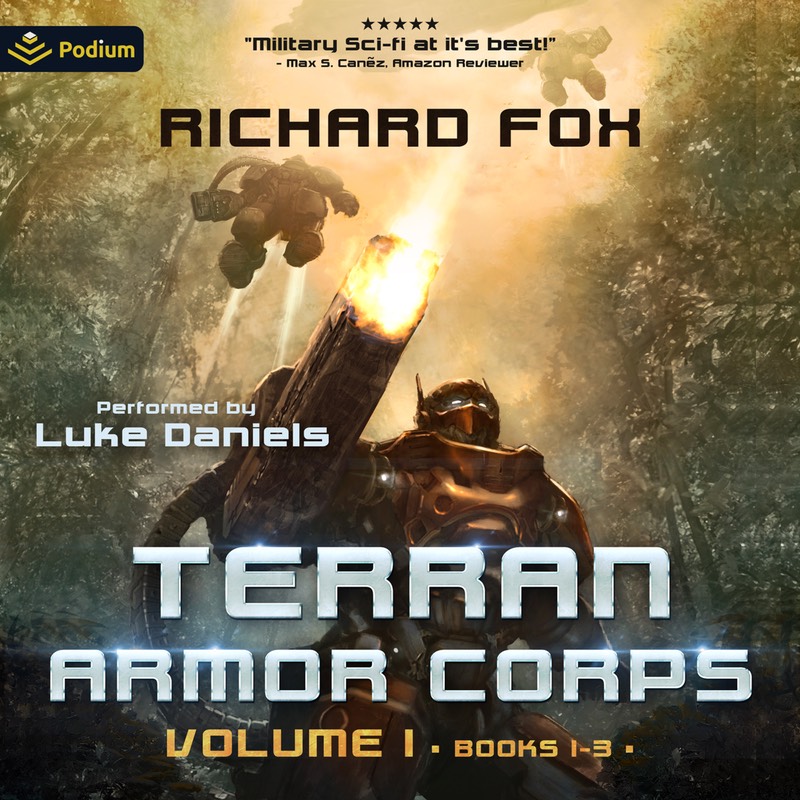 Contains the 2017 Dragon Award winner for Best Military Science Fiction or Fantasy, Iron Dragoons (book one), along with The Ibarra Sanction (book two), and The True Measure (book three) of the Terran Armor Corps series!

Soldiers of the Terran Armor Corps wage war across the stars. Wired into mechanized battle suits, they fight the terrifying battles that must be won, no matter the cost. Their deeds are legend, their reputation feared by the enemies of Earth and her allies, but how the Corps forges young men and women into mighty warriors is shrouded by mystery.

Roland Shaw lost his parents to war; he volunteers for the Armor Corps to honor their memory and discover just how far he can push himself. To succeed, he must find the iron in his heart and prove himself worthy to the Corps. For the Armor, there is no substitute for victory and to fail is to die.