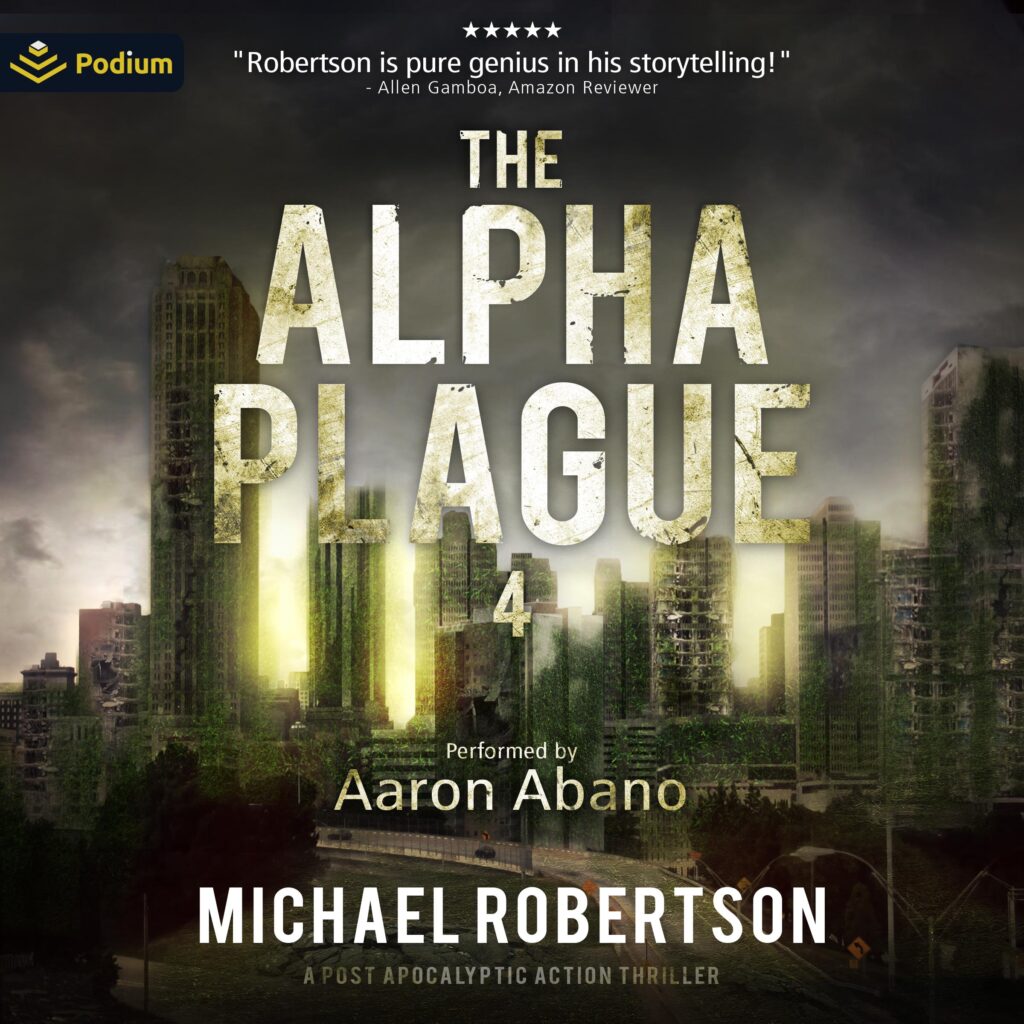 Vicky, Rhys, Larissa, and Flynn have avoided the horde of diseased that chased them from Summit City, but they’re far from free.
Although the diseased can’t get to them while they remain on top of the shipping container, at some point they’ll have to come down.
With a sea of enraged monsters as far as they can see, coming down means certain death. Exhausted from their escape, they may be able to rest for now, but sooner rather than later they’re going to have to take action to get themselves out of their current predicament.
The Alpha Plague series is a postapocalyptic action thriller.