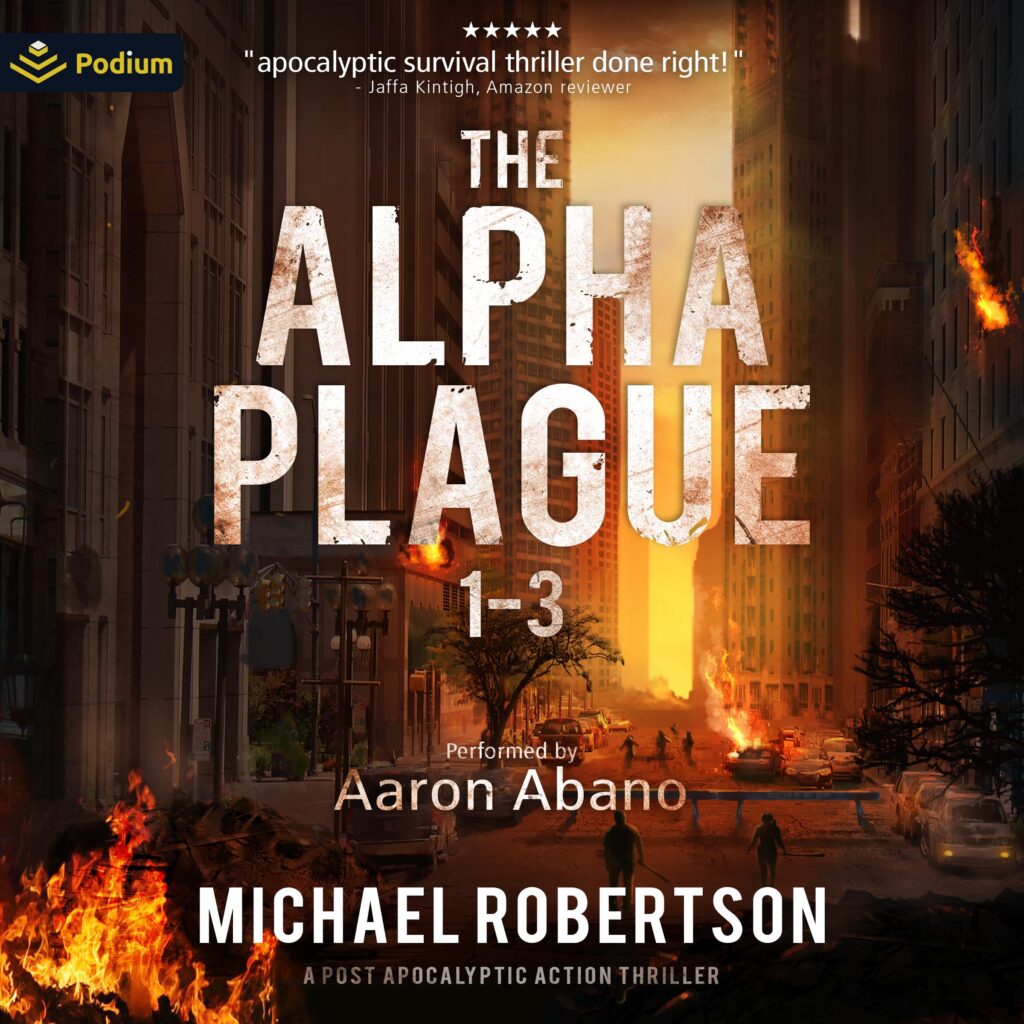 Contains books one, two, and three of The Alpha Plague series.
Book 1:
Rhys is an average guy who works an average job in Summit City – a purpose-built government complex on the outskirts of London. The Alpha Tower stands in the center of the city. An enigma, nobody knows what happens behind its dark glass.
Rhys is about to find out.
At ground zero, and with chaos spilling out into the street, Rhys has the slightest of head starts. If he can remain ahead of the pandemonium, then maybe he can get to his loved ones before the plague does.
Book 2:
Equipped with nothing but a baseball bat and his wits, Rhys enters Summit City for a second time. His son wants his mummy, and Rhys is the only one who can save her. If he can get to the Alpha Tower, he can release the shutters on all of the buildings in the city. Maybe then he can get his ex-wife and best friend out of there.
But opening the shutters will release chaos into the already wild streets.
The only advantage Rhys has over the thousands of other people who will be fighting for their lives is that he understands what he’s up against. Hopefully that knowledge will be the difference between life and death.
To make matters worse, an order to incinerate the city has been switched on. In five hours’ time, the complex will burn to a crisp.
To give his son what he needs, Rhys has to risk everything. But there is no stronger love in his life than that which he feels for his boy.
One final deep breath, and Rhys reenters hell.
Book 3:
After having found and successfully rescued his ex-wife from the diseased Summit City, Rhys drags himself to where he should be meeting his son and discovers he isn’t there.
Armed with nothing but hope, Rhys and his ex-wife set off on what they believe to be their boy’s trail. With just enough breadcrumbs to keep them going, they follow the path of their son and his protector in a race against both the spread of the Alpha Plague and a crazed psychopath hell-bent on their destruction.
The Alpha Plague series is a postapocalyptic action thriller.