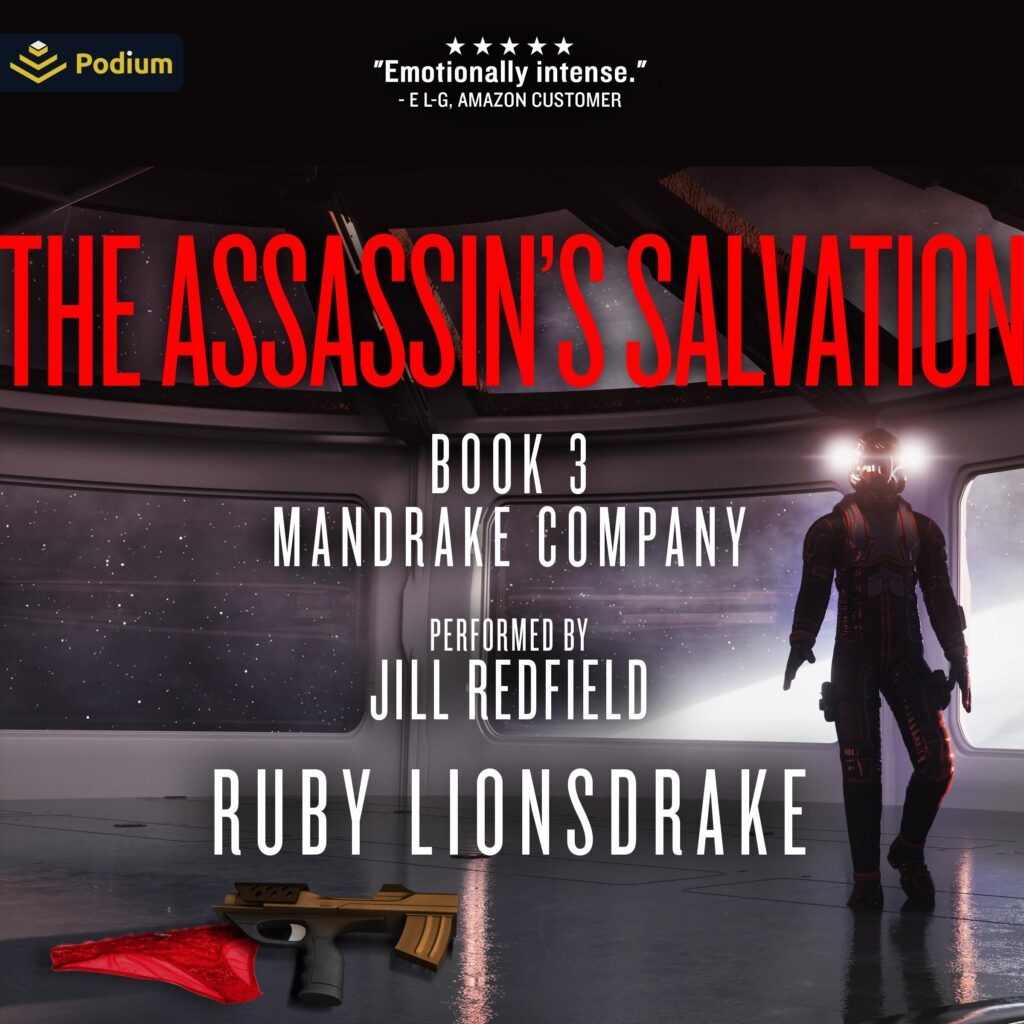 When Jamie Flipkens signed on as a pilot and engineer for a small medical research company, she never expected to end up on a mercenary ship full of hulking soldiers who want to make her their latest conquest.
The captain has been good to her – it doesn’t hurt that he’s her boss’ new beau – but she’s on the verge of quitting when a strange man shows up at her shuttle door.
Sergei Zharkov claims to be an old friend of the captain’s. He neglects to mention that he’s also an assassin, a dangerous man even the hardened mercenaries avoid. Jamie should avoid him, too, but she’s drawn to the charm that sometimes escapes from beneath his grim facade. She finds herself wanting to give him a reason to smile – and maybe a little more than that.
The problem? There’s a fresh bounty on the captain’s head, and it’s possible Sergei is there to collect it.
Penned by USA Today best-selling author Ruby Lionsdrake, The Assassin’s Salvation is a science fiction romance novel; it’s part of the Mandrake Company series but can be enjoyed as a stand-alone. It is recommended for listeners who enjoy space-based adventure (such as Firefly) and steamy love stories (in the style of Linnea Sinclair).