The Augmented: The Complete Series 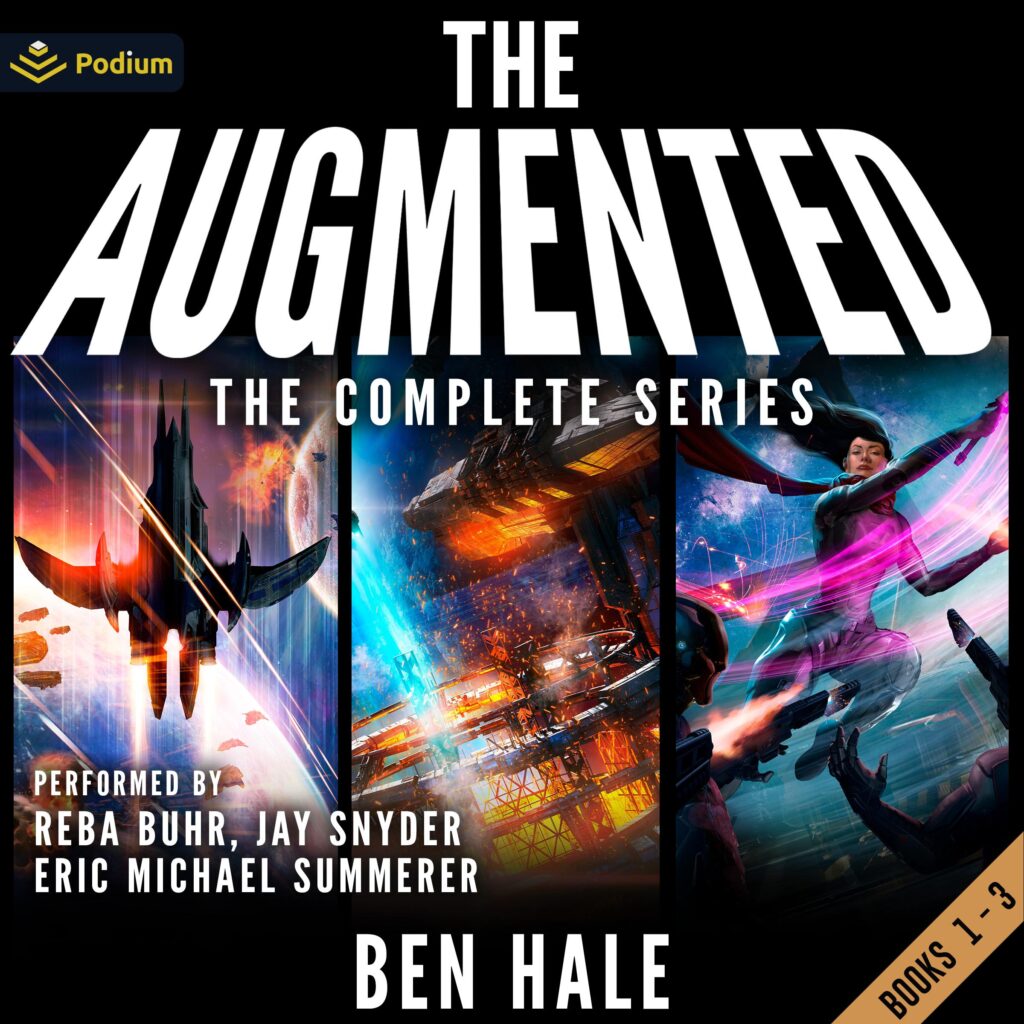 Contains all three books in The Augmented series: over 40 hours of aliens, war, and explosive space opera action!
Across thousands of planets in the Krey Empire, all humans have a single title…slave.
Born to oppression, Siena is an ordinary young woman, until an act of defiance leaves her scarred and marked as a rebel. She’s sold to Ero, a fallen Krey with a desperate plan to redeem his once-powerful family. He intends to enhance slaves by altering their genetic code, increasing their value through an illegal experiment.
Reklin, a bone-armored soldier, hunts them both. His orders come from a mysterious source, but his loyalty to the Empire has no limits.
Noble, soldier, and slave, they are about to discover a dangerous truth–that humans can be augmented. But none can predict the abilities they’ll unlock, or the rebellion they’ll unleash.