The Crown of Fire & Fury 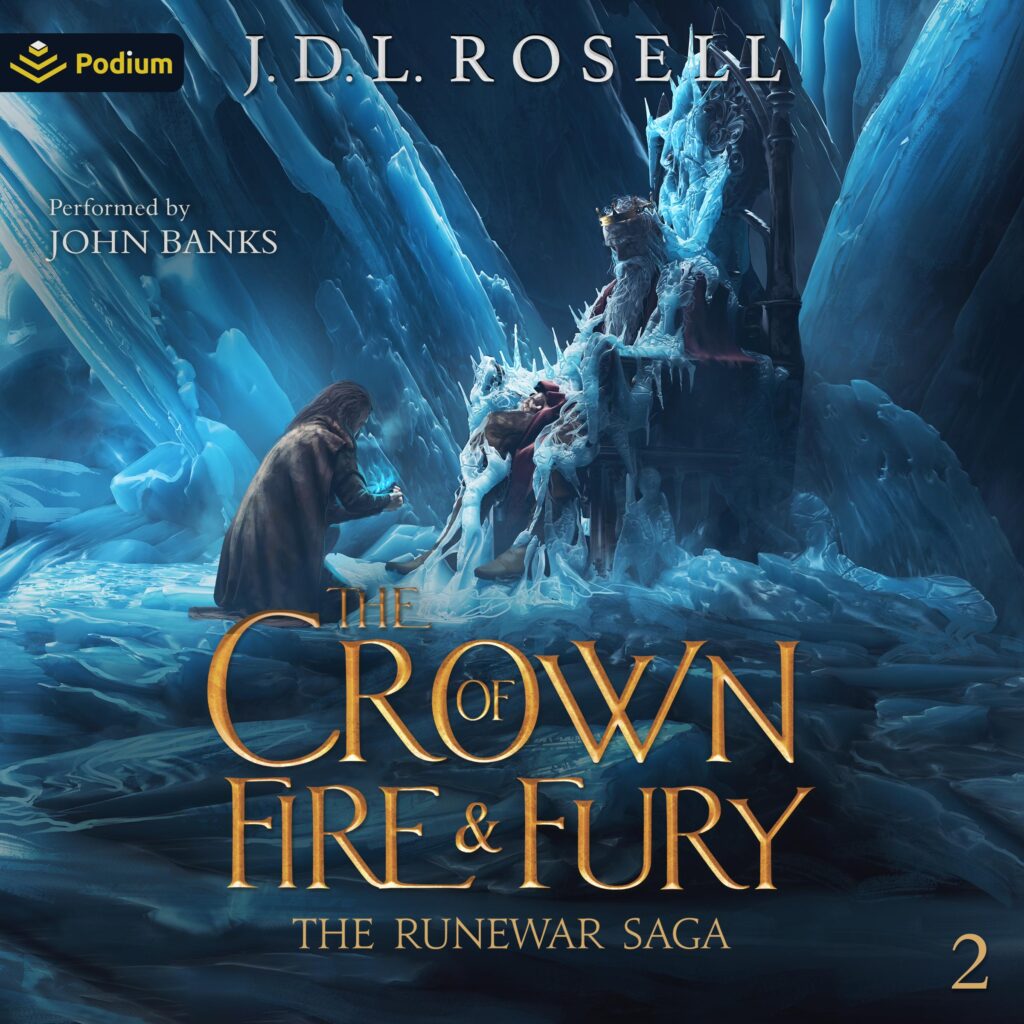 A war on two fronts. A fight for a crown. A prophecy coming to pass. The ancient enemies emerging from the shadows…
Oakharrow has been conquered—for now. But Aelthena has never given up easily. Fleeing her city, she goes to the jarls of Baegard, seeking their aid to take back her home. But politics are at play, and Ha-Sypt is on the move. Only one can wear the Iron Circle and lead Baegard’s armies. In determining who will wear the crown, Aelthena must make a choice: do what is best for her nation, or for herself.
Bjorn sets his sights to a greater challenge: the arrival of a prophesied war. Knowing too little of the giant who attacked his home, he and his companions travel to the Inscribed priests to learn more. Among them, Bjorn uncovers ancient secrets and develops his newly discovered magic. But both knowledge and power have a price, and Bjorn will pay in sorrow and blood.
The Runewar has come—monarchs will rise and fall.
The Crown of Fire & Fury is book two of The Runewar Saga, a new epic fantasy series by best-selling author J.D.L. Rosell. Continue the tale inspired by Norse and Egyptian mythology and brave the war-riven land of Enea.

J.D.L. Rosell is the bestselling author of the sword-and-sorcery series Legend of Tal, the political intrigue epic fantasy series The Famine Cycle, and the fast-paced LitRPG/Gamelit series The Everlands. He also writes some serialized books, including the Nordic epic fantasy The Frozen Throne. Previously, J.D.L. Rosell earned an MA in creative writing and has written as a ghostwriter. Always drawn to the outdoors, he gets out into nature whenever he can and indulges in his hobbies of hiking and photography. But most of the time, he can be found curled up with a good book at home with his fiancée and two cats, Zelda and Abenthy.