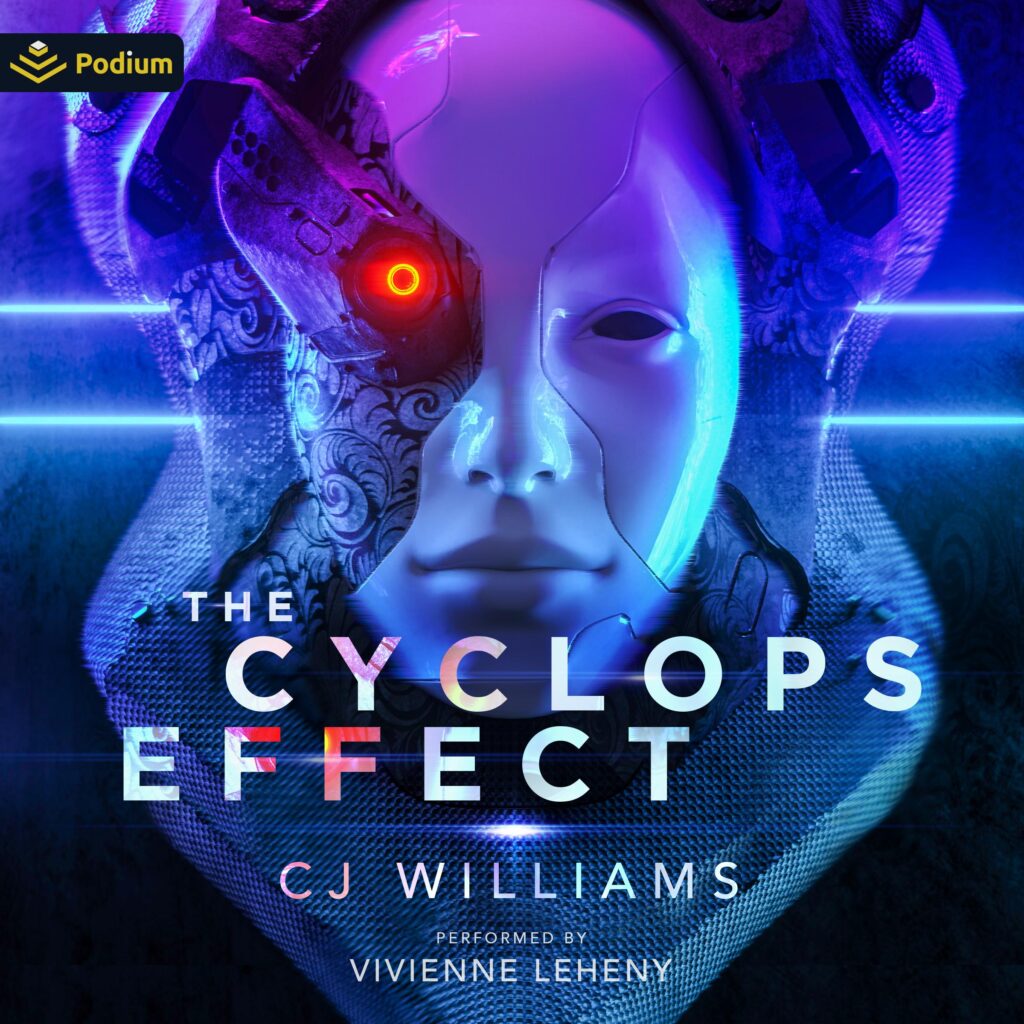 When Asha said she wanted to give the Chinese hackers a piece of her mind, she didn’t mean it literally.
But that’s what happens when medical technology goes awry. Doctors said they could train her brain to interpret digital signals from the camera in her artificial eye. The module even has Wi-Fi so they can monitor signal traffic across her optic nerve. What they didn’t anticipate was that her brain would figure out how to use the Wi-Fi connection both ways. Asha can now see the internet.
Asha’s intelligence is not artificial
As her digital brain develops, she creates an online AI by copying part of her mind to the cloud. The AI she calls Abbot becomes her right hand as she goes to work for the FBI tracking down international terrorists. Unfortunately, she is so effective, the government believes she may be a co-conspirator. When they refuse to pay her, she walks out.
It’s not just the FBI who suspect her
When Asha crosses paths with Chinese military hackers, she stops them by taking out Shanghai’s electrical grid. Now the communist government wants to know who did it and how. Things go downhill after Asha gives a copy of Abbot to her husband’s company. When the Chinese military steals a copy of it, they immediately recognize its military significance. Their top priority, however, is to take out the woman who came up with it in the first place.
China flexes its new cyberwarfare tool
Using her own technology against her, the Chinese suddenly become a serious threat to the US. The FBI calls Asha back and asks one last favor: stop the Chinese attack. She agrees, but this time there are conditions. Either they pay upfront or she will take care of the Asian threat in her own way, and knowing Asha, that could mean World War Three.

CJ Williams is a husband and wife writing team (Craig and Jeannie). He was a military pilot and she was an artist. They raised their family in the UK, Germany, Spain, and all across the US. Today, their daughter and grandchildren live in Oxfordshire. Craig and Jeannie now live by the sea in Washington State, enjoy hiking in the Olympic Mountains, boating in the Salish Sea and writing.

**Vivienne Leheny works in New York City and Los Angeles as an actress and professional voiceover artist. She’s narrated almost 200 titles and has delighted in narrating authors like David Weber, Elizabeth McCracken, and Jeff VanderMeer. Her narration of Lisa Unger’s _Confessions on the 7:45_ was a Best Mystery Finalist for the 2021 Audie Awards.** **She’s got a sweet spot for thrillers, military sci-fi, fantasy and adventure titles. And when she’s not narrating, she’s hiking or kayaking in remote locales, trying to avoid bears.**