The Dao of Magic IV 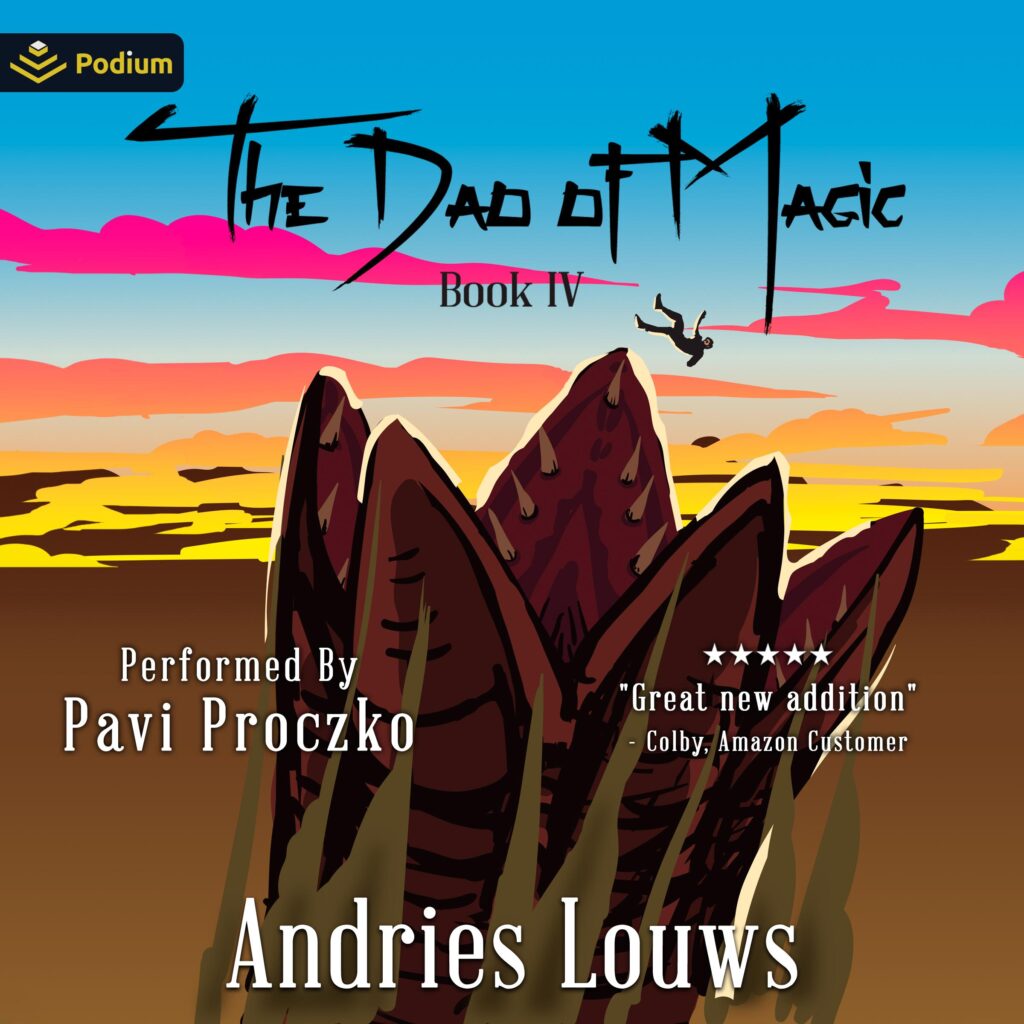 A devastated school. A collapsing planet. All eyes on Drew.
After teleporting his students all over the world in a rather dramatic attempt to stave off the inevitable apocalypse, Teach is busy. Instead of sipping and relaxing, he now has to slaughter the most powerful of beasts while running around and saving civilization as a whole. Re-Haan, his dragon mistress, isn’t helping either. She just waves him goodbye as he is swallowed by a massive sandworm.
When he finds an object that should be impossible, a hyper-dense projectile just like one that nearly bisected and killed him while he was breaking through, Drew sets out, determined to get to the root of this mystery.
This fresh start isn’t working out the way he hoped, and all the death threats his students are sending him aren’t helping. Teach might just have to face his past for real in order to survive this one.

Pavi Proczko has worked as an audiobook narrator for more than 6 years. He's worked with over 45 authors, 25 publishers, to release over 100 titles, primarily in the Fantasy, Cultivation, LitRPG and Sci Fi genres. Pavi's titles have appeared on the Top 10 Fiction Audiobooks on Audible multiple times in 2022. He owns Pavitas Productions LLC, producers of audiobooks, original fiction, and performance and gaming services.