The Forgotten: The Complete Trilogy 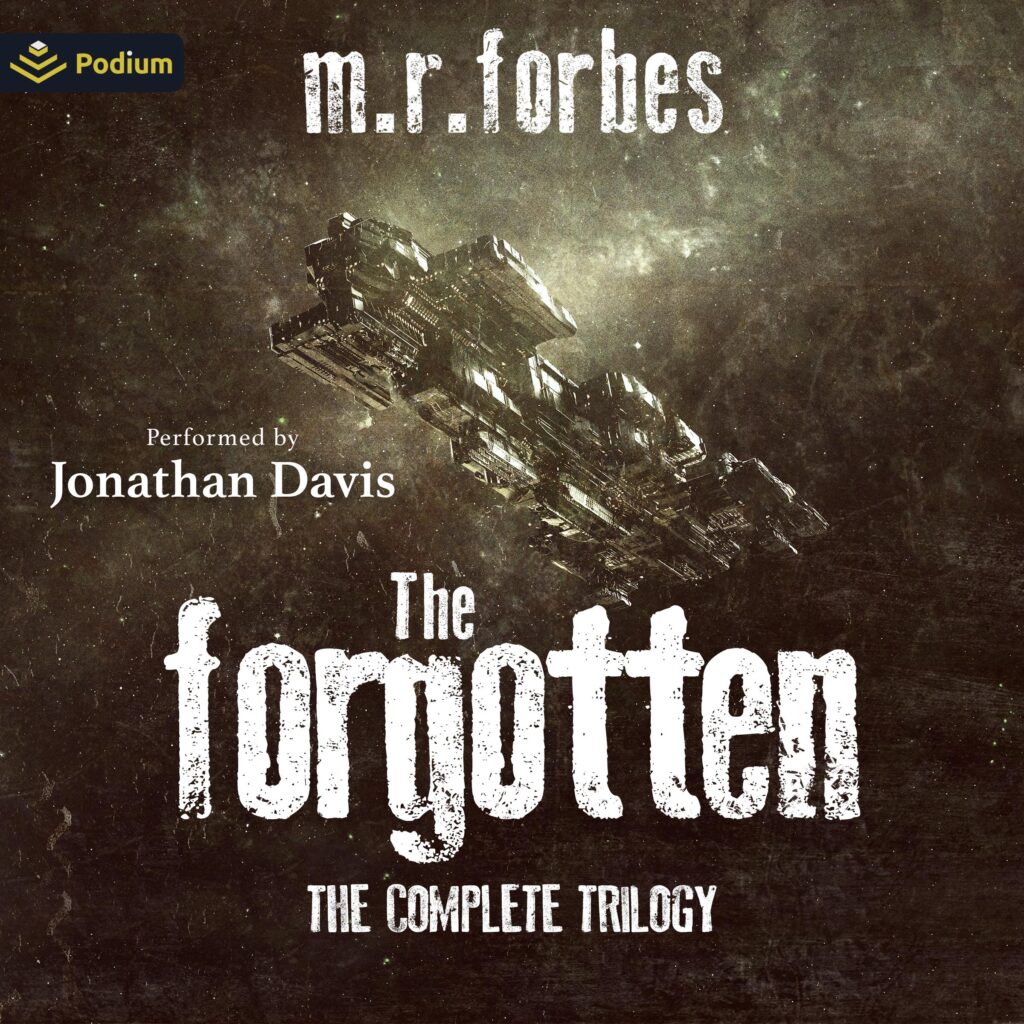 Contains books 1-3 of The Forgotten.
Forgotten, book 1
Sheriff Hayden Duke was born on the Pilgrim, and he expects to die on the Pilgrim, like his father, and his father before him. That’s the way things are on a generation starship centuries from home. He’s never questioned it. Never thought about it. And why bother? Access points to the ship’s controls are sealed, the systems that guide her automated and out of reach. It isn’t perfect, but he has all he needs to be content.
Until a malfunction forces his engineer wife to the edge of the habitable zone to inspect the damage. Until she contacts him, breathless and terrified, to tell him she found a body, and it doesn’t belong to anyone on board. Until he arrives at the scene and discovers both his wife and the body are gone. The only clue? A bloody handprint beneath a hatch that hasn’t opened in hundreds of years. Until now.
Forsaken, book 2
Sheriff Hayden Duke expects to die any second. He’s already been attacked by demonic aliens, rogue soldiers, and even the people he thought were his friends.
They took his wife. He has to find her. He has to survive. Another second. Another breath. He can never give up. He can never rest until she’s back in his arms. They’ll try to stop him, but it won’t be as easy as they think. A new hope is rising in an old world.
Unforgiven, book 3
Sheriff Hayden Duke has got a long way to go before he can rest. How can he when the entire world is under siege by demonic aliens and a brutal thug who calls himself King?
It’s an unknown and powerful threat that may be responsible for the end of humankind. The road may be long. The odds may be bad. The stakes may be high. But you can’t keep a good Sheriff down.

M.R. Forbes is the author of a growing number of science-fiction series including Rebellion, War Eternal, Chaos of the Covenant, Stars End, and the Forgotten Universe novels. Having spent his childhood trying to read every sci-fi novel he could find (and write his own too), play every sci-fi video game he could get his hands on, and see every sci-fi movie that made it into the theater, he has a true love of the genre across every medium. He works hard to bring that same energy to his own stories, with a continuing goal to entertain, delight, fascinate, and surprise. He maintains a true appreciation for his readers and is always happy to hear from them.