The Game of Gods

The Game of Gods: Publisher’s Pack 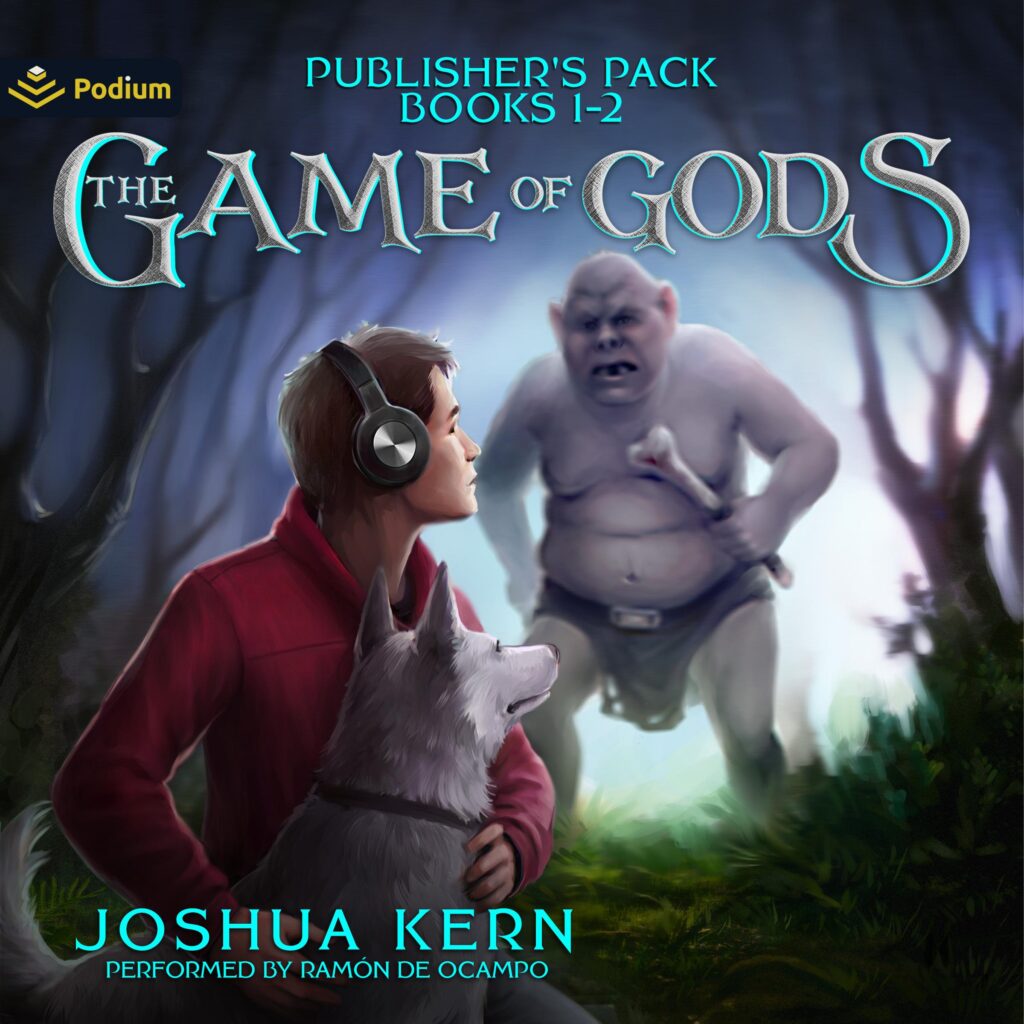 Contains books 1 and 2 of The Game of Gods series.
The Beginning, book 1:
The gods have gotten bored, and humanity is the answer.
Charles earns the ultimate surprise one morning when he awakens to discover the world has ended, or rather the gods of old were bored and decided to redesign how it worked. Everyone else got a nice little message that showed up their vision; everyone else woke up when the gods decided to make their decision known. Only Charles gets cursed by the gods, and only Charles gets a visit from one as well. The Game of the Gods has begun and the monsters of old are returning to our world, and all it took was the death of half the world’s population and counting.
The Death of Champions, book 2:
The gods have begun to change Earth, leaving humanity confused and desperate.
Charles and Alli have managed to survive the first week of the apocalypse; unfortunately for them, it isn’t over yet. The changes to the world are still ongoing and new monsters are being born. For Charles the only thing that matters is finding his sister, but what happens after? The enemies of humanity are revealed and begin to unite under the banner of enemy gods.
Champions stand on both sides of the field and it is time for some to die.

Joshua Kern was born in a little town called Xenia, Ohio and raised in the even smaller town of Elizabeth, Colorado. He attended University for a time, where he discovered that while he enjoyed Electrical Engineering and Computer Science his true passion lay in writing. He lives primarily in Colorado but has been known to move around as the need arises. When not writing Joshua enjoys riding motorcycles, reading anything he can get his hands on, and anime.