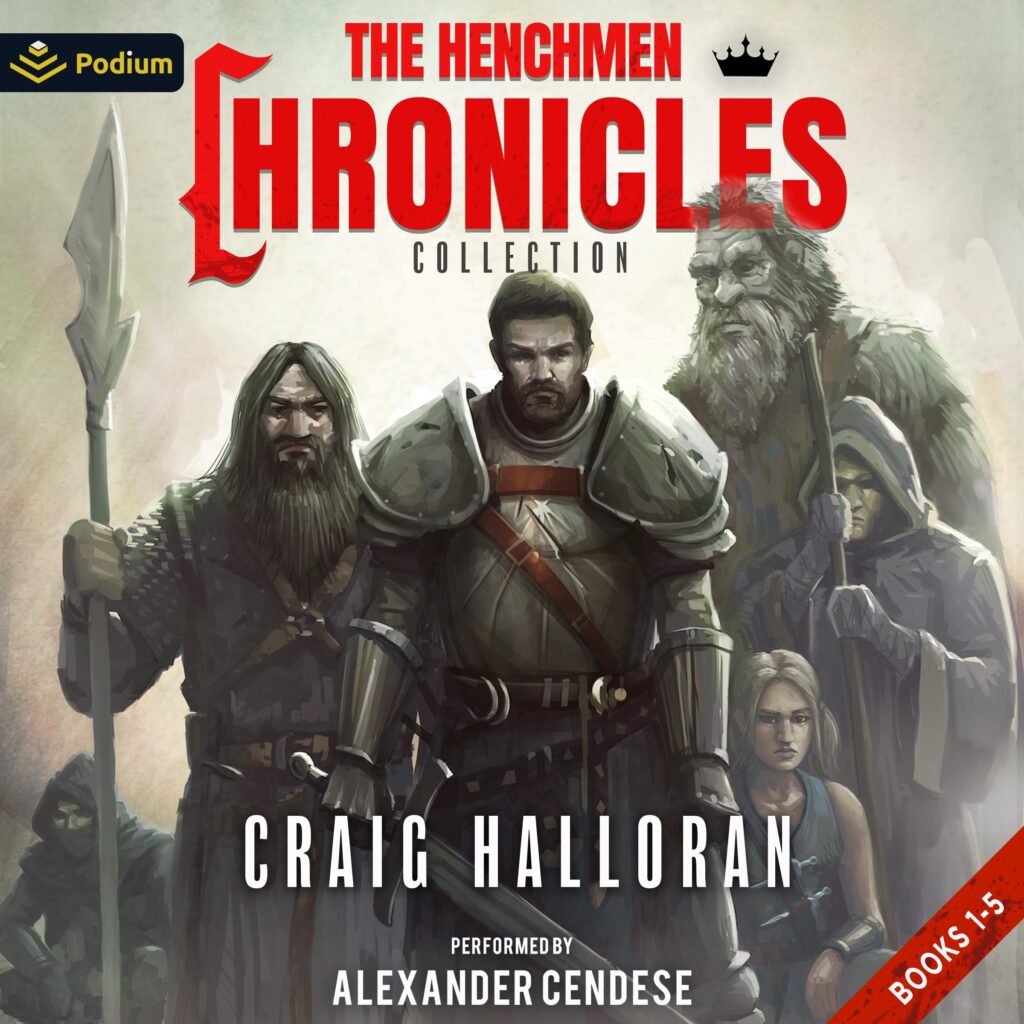 Contains the complete Henchmen Chronicles series.
_The King’s Henchmen, _Book 1
A washed-up pro athlete is transformed into the deadliest warrior in the world. Still reeling from the tragic events that threw his life into turmoil, Abraham Jenkins now rides the lonely roads as a delivery man. Until one day fate intervenes and he is catapulted into a bizarre fantasy world unlike anything he’s ever imagined. A world of assassins, monsters, and brutal lords. To survive, he must lead a notorious group known as the King’s Henchmen on a do or die mission.
_The King’s Assassin, _Book 2
Battling his past and his present, Abraham struggles to survive. But how far will he have to go to save himself? And what home will he return to, when the very meaning of the word has become blurred.
_The King’s Prisoner, _Book 3
A new arena awaits, only this time the crowd doesn’t crave home runs. They want blood. With the last deadly quest behind him, Abraham Jenkins finally has time to focus on his own mission to uncover a portal home to 2018. Can he fight for his life and find his way back to Titanuus before his past destroys his future?
The King’s Conjurer, Book 4
Having battled and defeated every adversary in his path, Abraham and the Henchmen’s bond grows stronger when a darker fate intervenes. With his consciousness drifting between home and Titanuus, he starts to unravel who controls the portals that will lead him back home. Now, the fate of two worlds lies in the hands of a fallen sport hero who must redeem himself and find the way home.
The King’s Enemies, Book 5
In the final inning, Abraham must shut the enemy out or die.
Outgunned and overmatched, Abraham Jenkins must use his wits and sword to bring the enemy down before the curtain closes and he is trapped dead or alive in Titanuus forever.