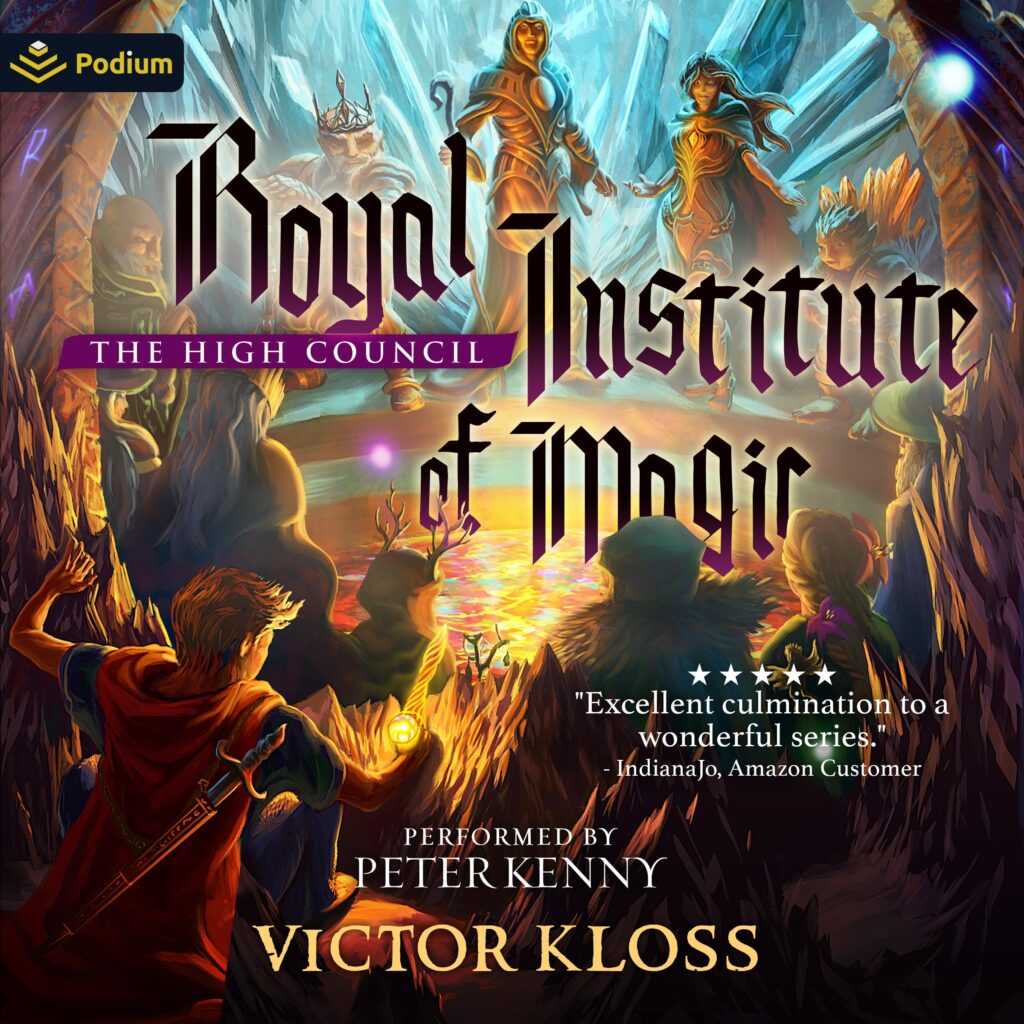 Tension is high at the Royal Institute of Magic, as the directors of each of the departments – Spellswords, Wardens, Traders, Scholars and Diplomats – work together with their allies to push back the dark elf invasion, led by King Suktar.
But Ben Greenwood knows the truth: the only real way they are going to win is if he and the Guardians do the unthinkable and infiltrate the heart of the dark elf homeland – ending the evil king’s rule once and for all.
As if that wasn’t enough, a new power has come into play. Queen Elizabeth was aware of it all those years ago, and she predicted it would continue to influence their mission to the bitter end: the High Council.
Can the Guardians harness the strange magic of the armour? And will it really be enough to bring down such a powerful wizard as the dark elf king? In a race against time, and with his friends beside him, Ben Greenwood must face his greatest challenge yet.
The High Council is the sixth and final book in the Royal Institute of Magic series.