The Houndsman 3: A Base-Building LitRPG Adventure 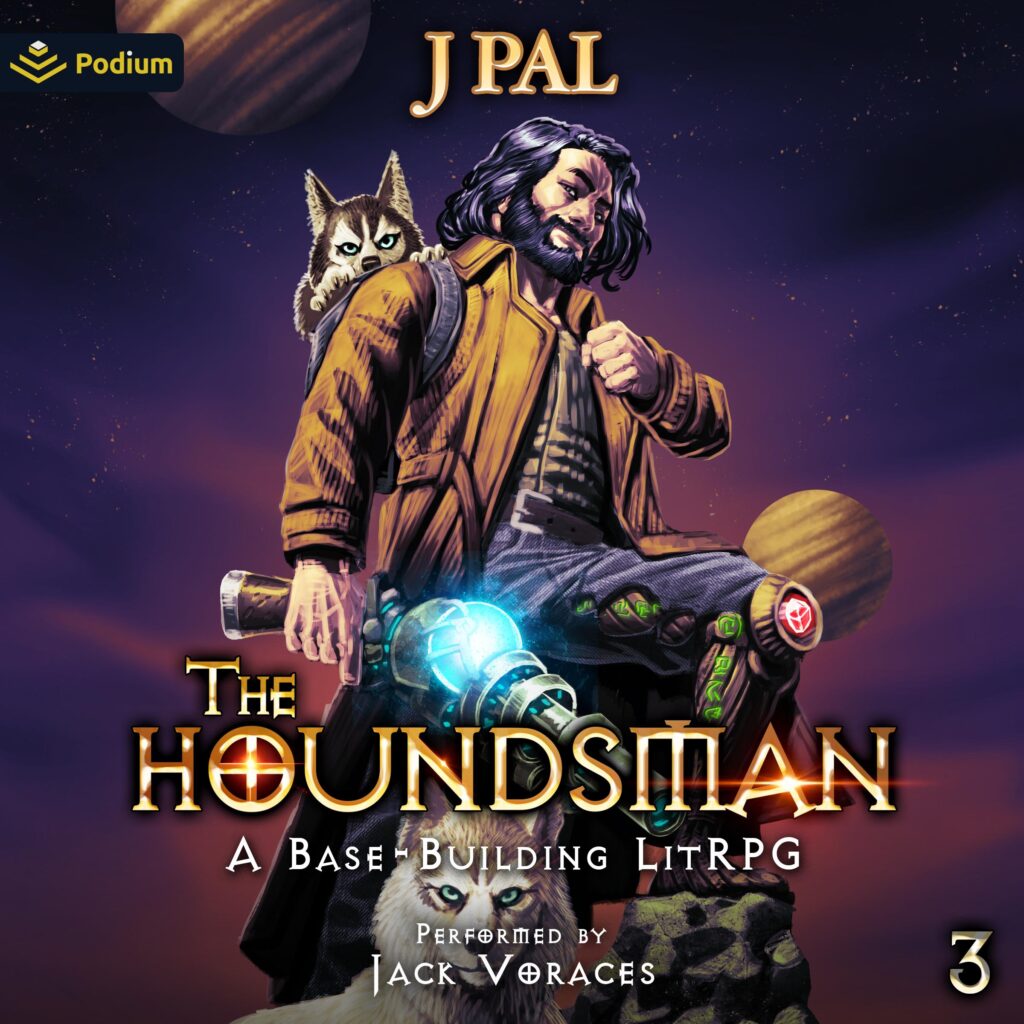 Lost. Crippled. Alone.
The defences, army, and pack Flint built are safe on the Iron Disk. Flint is not. Flint gave everything to save his home, believing his life was forfeit. He was wrong. Now, he’s stuck in an alien world of forever night.
Cannibalistic vikings and draugr plague the land. An eldritch, world-devouring god floats in the sky. Despite the loss of a limb, Flint must fight and find a way home. If not for himself, for the young woman and puppies that got trapped in the dangerous world with him.
Fortunately, druids once ruled the forgotten land. Remnants of their rune-powered machines are their only hope, and Flint has the blood to use them.
Book three in the Houndsman series is here! Have you been dreaming of a LitRPG with kingdom-building, flashy skills, and evolving dogs? Well, you just found it.