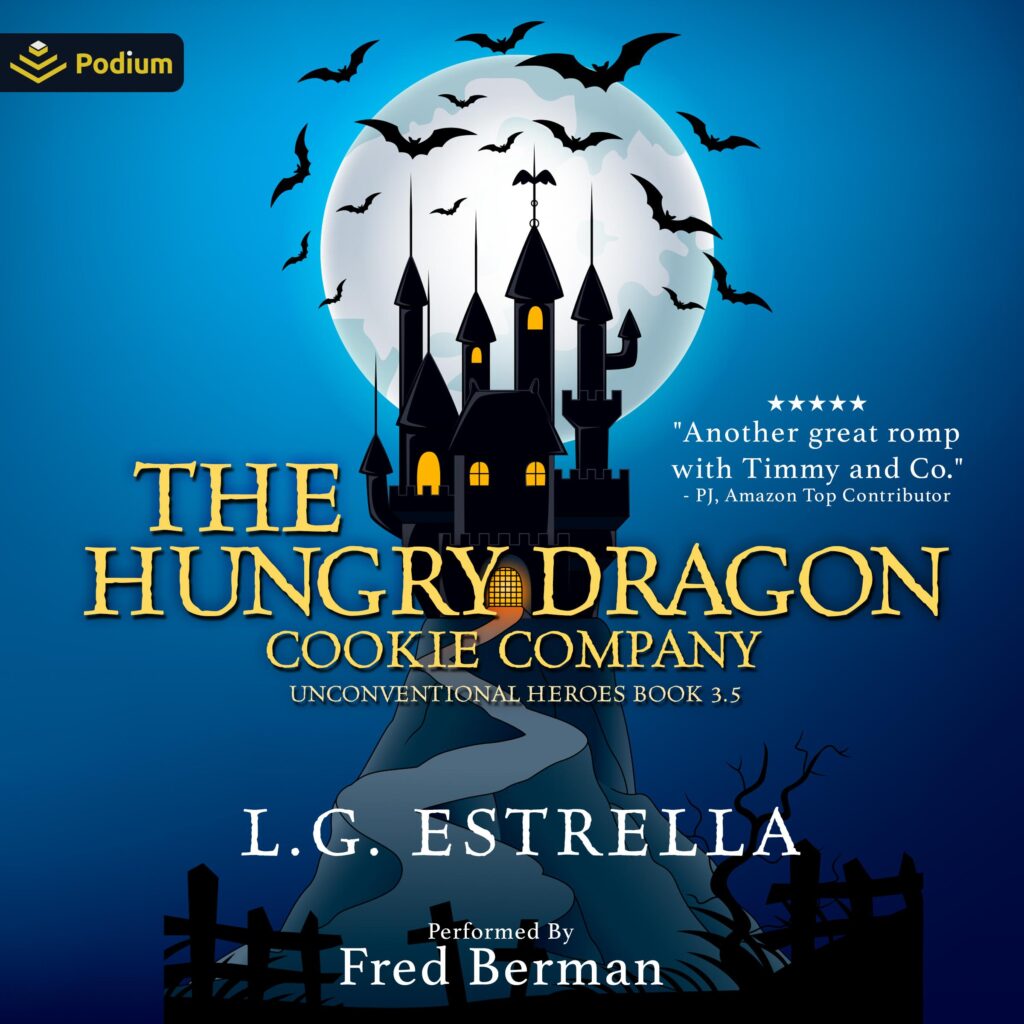 The Hungry Dragon Cookie Company – it sounds crazy, but it might just be Timmy’s ticket to financial security and a fully renovated castle.
To earn a pardon and avoid prison or execution, Timmy, Grand Necromancer and Lord of Black Tower Castle, has been completing missions for the Council with the help of an elite team of truly heroic individuals.
There’s Katie, his apprentice. She’s brilliant, cunning, and maniacally devious. She’s also 10 years old, extremely adorable, and loves billowy robes and the color pink.
There’s Avraniel, the pyromaniac elf who is responsible for more property damage than anyone in Everton’s history (including dragons, natural disasters, and demon gods).
There’s Gerald, the hyperventilating bureaucrat who is at the top of every monster’s menu.
There’s Old Man, a retired legendary swordsman whose hobbies include bonsai trees, fishing, and the occasional duel to the death.
There’s Amanda, ancient vampire and sophisticate who knows all about the Council’s founding because she was there when it happened.
And then there’s Spot. He’s cute, cuddly, and friendly. He loves tug-of-war and fetch. He’s also a fire-breathing dragon who can devour an entire cow in about thirty seconds.
The Hungry Dragon Cookie Company is a collection of 14 short stories that take place before, during, and after the first three parts of The Unconventional Heroes Series. Each story hopes to answer important questions like: How does a company involving cookies and dragons even work? How did a trans-dimensional, protoplasmic horror and a Grand Necromancer become friends, and how did that horror develop an addiction to cake? How does an ancient vampire acquire the comely, young virgins she needs to maintain proper vampiric health without looking like a total weirdo?
Answers to all of these questions and more will be revealed. With unconventional heroes like Timmy and the gang around, life is never boring.