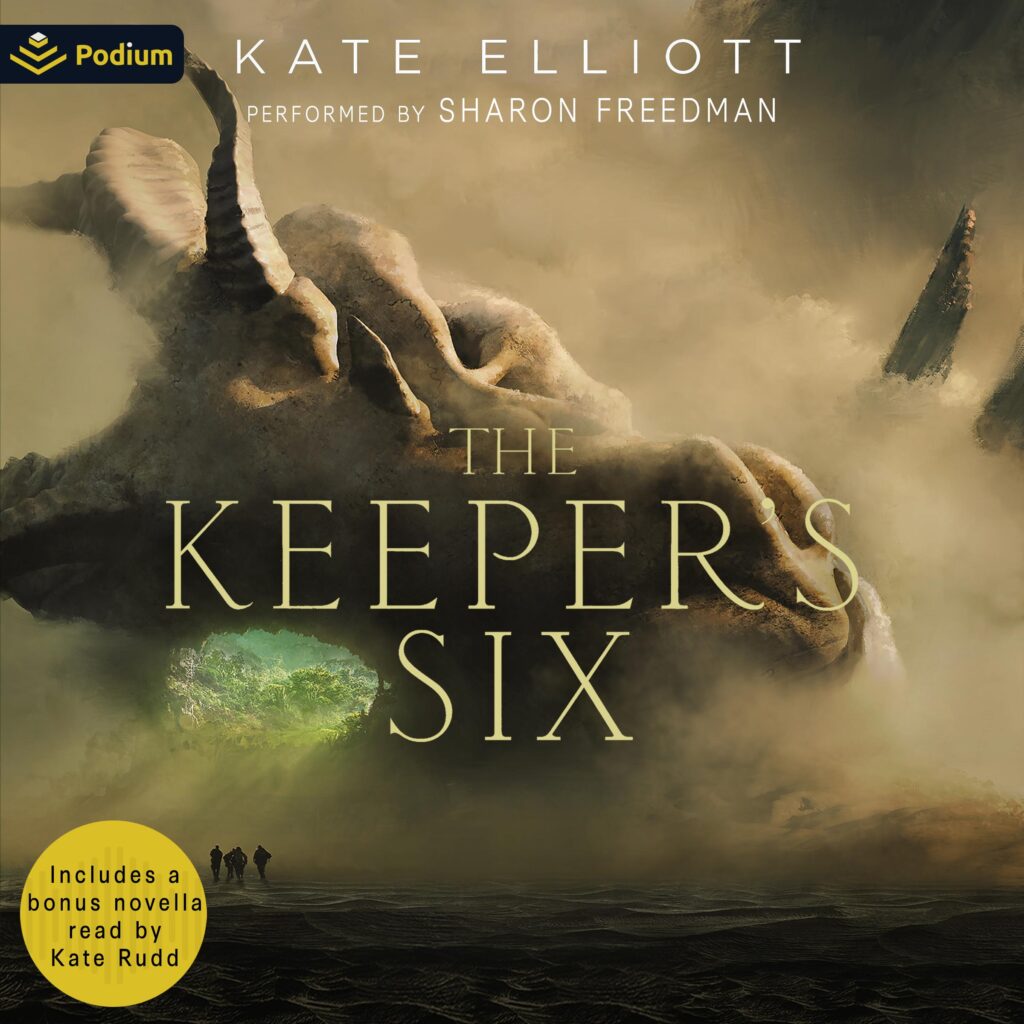 You never stop worrying about your kids, even when they’re adults.
It’s been a year since Esther set foot in the Beyond, the alien landscape stretching between worlds, crossing boundaries of space and time. She and her magical traveling party—her Hex—haven’t spoken since the Concilium banned them from the Beyond for a decade. But when she wakes in the middle of the night to her grown son’s cry for help, the members of her Hex are the only ones she can trust to help her bring him back from wherever he has been taken.
Esther will have to risk everything to find him. Undercover and hidden from the Concilium, she and her Hex will be tested by false dragon lords, a darkness so dense it can suffocate, and the bones of an old crime come back to haunt her.
There are terrors that dwell in the space between worlds.
Includes Servant Mage, a bonus novella from author Kate Elliot, narrated by Kate Rudd.

Sharon Freedman is an actor, narrator, producer, and International Arts Educator. She’s a nice Jewish girl and only child who was raised in the Chicago area, grew up for 15 fun years in NYC and is currently based in Los Angeles. Essentially, she likes to stick to big elitist cities. Acting credits include: Just Beyond (Disney+), Chicago Med (NBC), Henry Danger (Nickelodeon), Cold Winter’s Night (Emmy winner) It’s Your Birfday (with Keith David), Ladies Room (official selection of Slamdance) and The Ski Trip (LOGO Network). She won a Scenie Award for Best Actress in a Comedy for her lead role in Ensemble Studio Theater/LA’s Pigs and Chickens.  She’s done commercials and voiceovers for everything from A & E to Volkswagen and has narrated books for PRH, Pink Flamingo and Scholastic. She is the Executive Producer of Tisch Represents an organization dedicated to creating opportunities for under-represented voices in the television industry. She was the Co-Creator and Company Manager of the play development organization The 24Seven Lab in NYC for 7 years where she developed work by writers including: Pulitzer winner Annie Baker, Tony nominee Lucas Hnath, Macarthur genius grant winner Sam Hunter, WGA award nominee Ron Fitzgerald, and Emmy nominee Cusi Cram. She was a resident teaching artist with B.R.I.D.G.E. Theatre Project and has taught internationally in Rwanda and Democratic Republic of Congo. She is a member of the Obie Award winning Partial Comfort Productions (NY), EST/LA and and an Associate member of Sacred Fools. She is a graduate of NYU’s Tisch School of the Arts, Playwrights Horizons Theatre School.  For more: [www.sharonfreedman.com](http://www.sharonfreedman.com/)