The Legend of Randidly Ghosthound 4: A LitRPG Adventure | Podium Audio 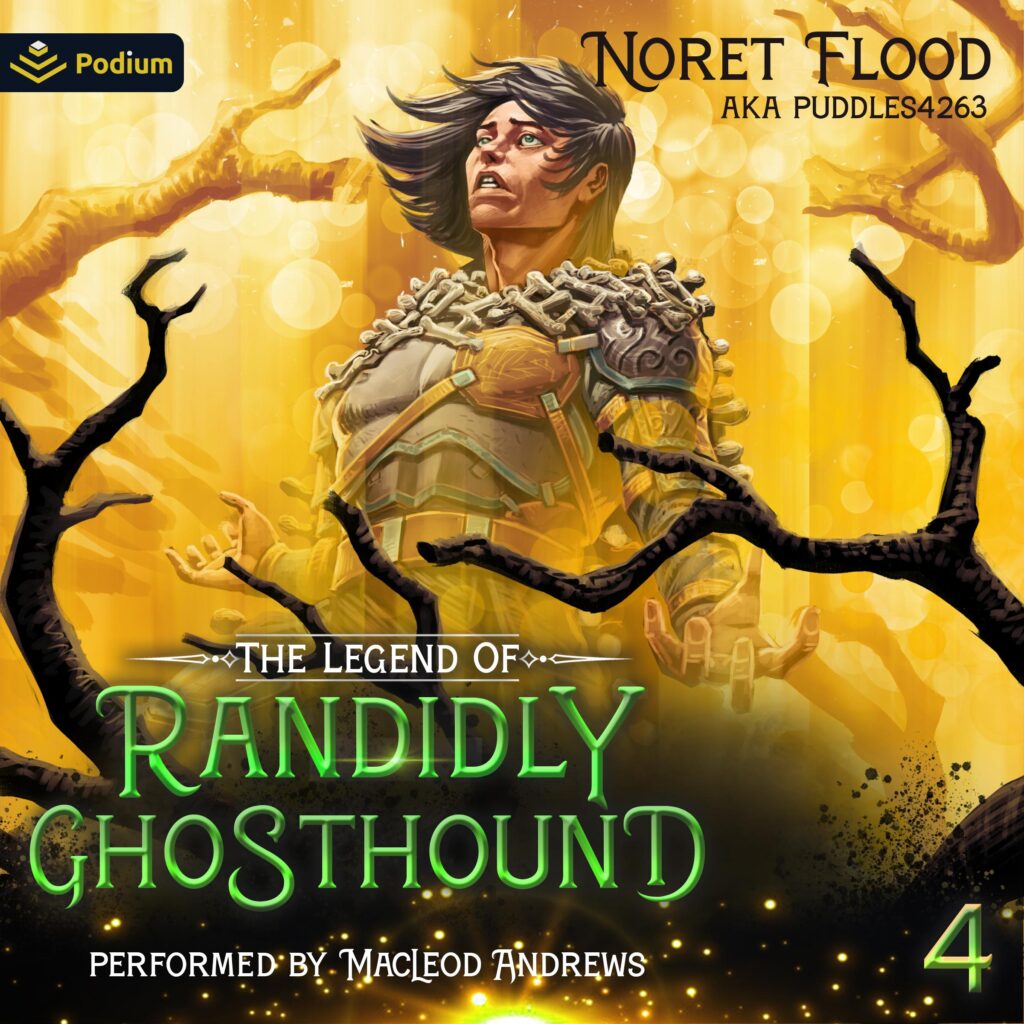 After the chaos of Tellus—the world of the spear users—Randidly Ghosthound returns to Earth needing time to recover and heal.
Randidly’s Skills have grown at a rapid pace, keeping him far ahead of any individual on his home planet. Yet the System has continued its own methodical advance, meaning Randidly has no time to take the rest he needs.
Zone 32 now hosts two Champions; individuals provided by the System who can teach unique Skills to their followers. In the one corner, wreathed in a green light, comes the Wild Rider. Opposite her stands the stark and intimidating Skeleton Knight. The previously isolated populations come together, clustering around these two figures.
By the time word reaches Randidly that his friends Ace and Sydney yet live, a harsh truth is revealed: in the end, there can only be one Champion of Zone 32.
On the horizon, an even larger decision looms. In order to keep ahead of the curve and create a miracle, Randidly can only think of one possibility: to finally obtain a Class of his own. Not from a Village Spirit, but forged with his own hands.

This is book four of the hit LitRPG fantasy series with over 50 Million views on Royal Road.