The Mine | Podium Audio 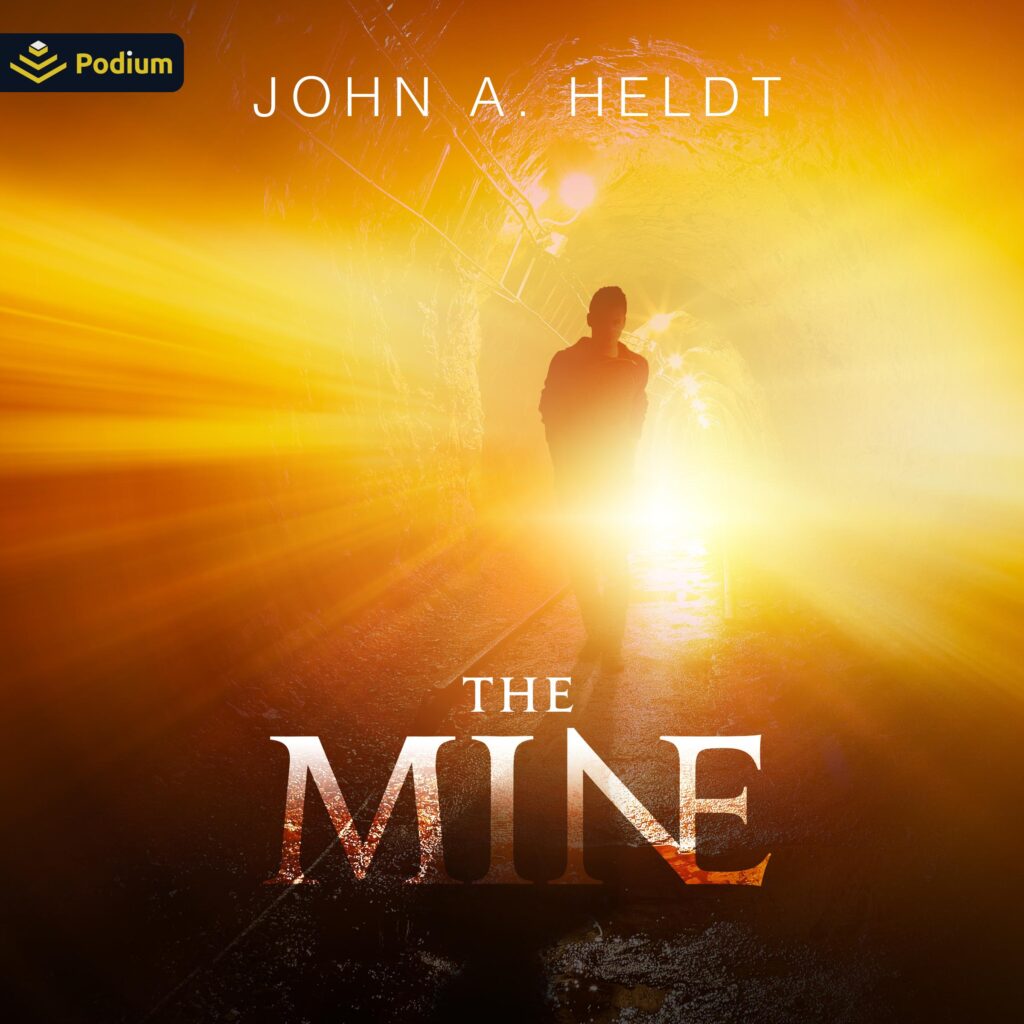 In May 2000, Joel Smith is a cocky, adventurous young man who sees the world as his playground.
But when the college senior, days from graduation, enters an abandoned Montana mine, he discovers the price of reckless curiosity. He emerges in May 1941 with a cell phone he can’t use, money he can’t spend, and little but his wits to guide his way.
Stuck in the age of Whirlaway, swing dancing, and a peacetime draft, Joel begins a new life as the nation drifts toward war. With the help of his 21-year-old trailblazing grandmother and her friends, he finds his place in a world he knew only from movies and books.
But when an opportunity comes to return to the present, Joel must decide whether to leave his new love in the past or choose a course that will alter their lives forever.
The Mine follows a humbled man through a critical time in history as he adjusts to new surroundings and wrestles with the knowledge of things to come.

John A. Heldt is the author of four time-travel series. The former reference librarian and award-winning sportswriter is an avid fisherman, sports fan, and reader of thrillers and historical fiction. When not sending contemporary characters to the not-so-distant past, he weighs in on literature and life at johnheldt.blogspot.com.