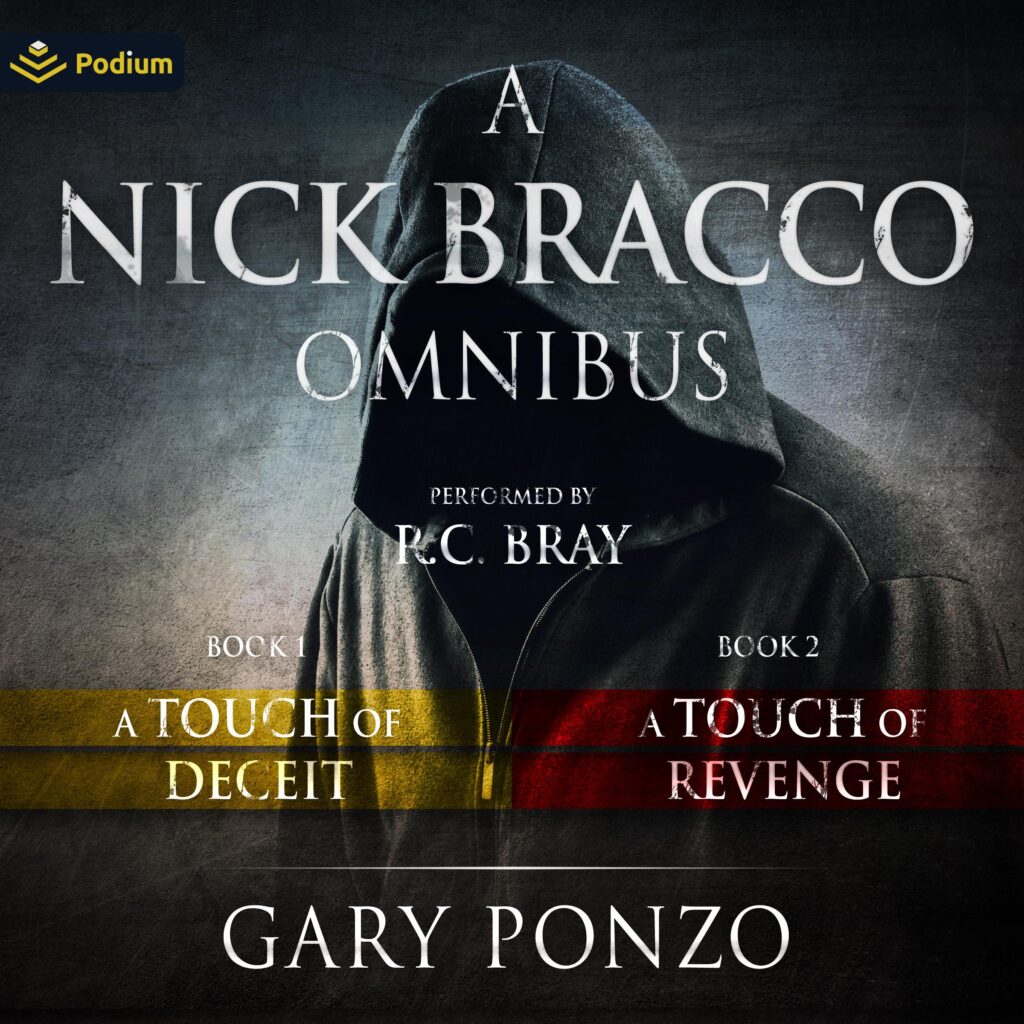 Contains books one and two of the Nick Bracco series.
A Touch of Deceit, book 1:
FBI agent Nick Bracco can’t stop a Kurdish terrorist from firing missiles at random homes across the country. The police can’t stand watch over every household, so Bracco recruits his cousin, Tommy, to help track down this terrorist. Tommy is in the Mafia. Oh yeah, it gets messy fast.
A Touch of Revenge, book 2:
FBI agent Nick Bracco heads an elite group of antiterrorist specialists known as The Team. When his team members start showing up dead, Nick suspects a Kurdish terrorist who has revenge on his mind. As the terrorist closes in, Nick resorts to using an unconventional weapon – his cousin, Tommy. Tommy has a quick wit and valuable connections throughout the Mafia. Sometimes even the bad guys can be patriots.