The Other Way | Podium Audio 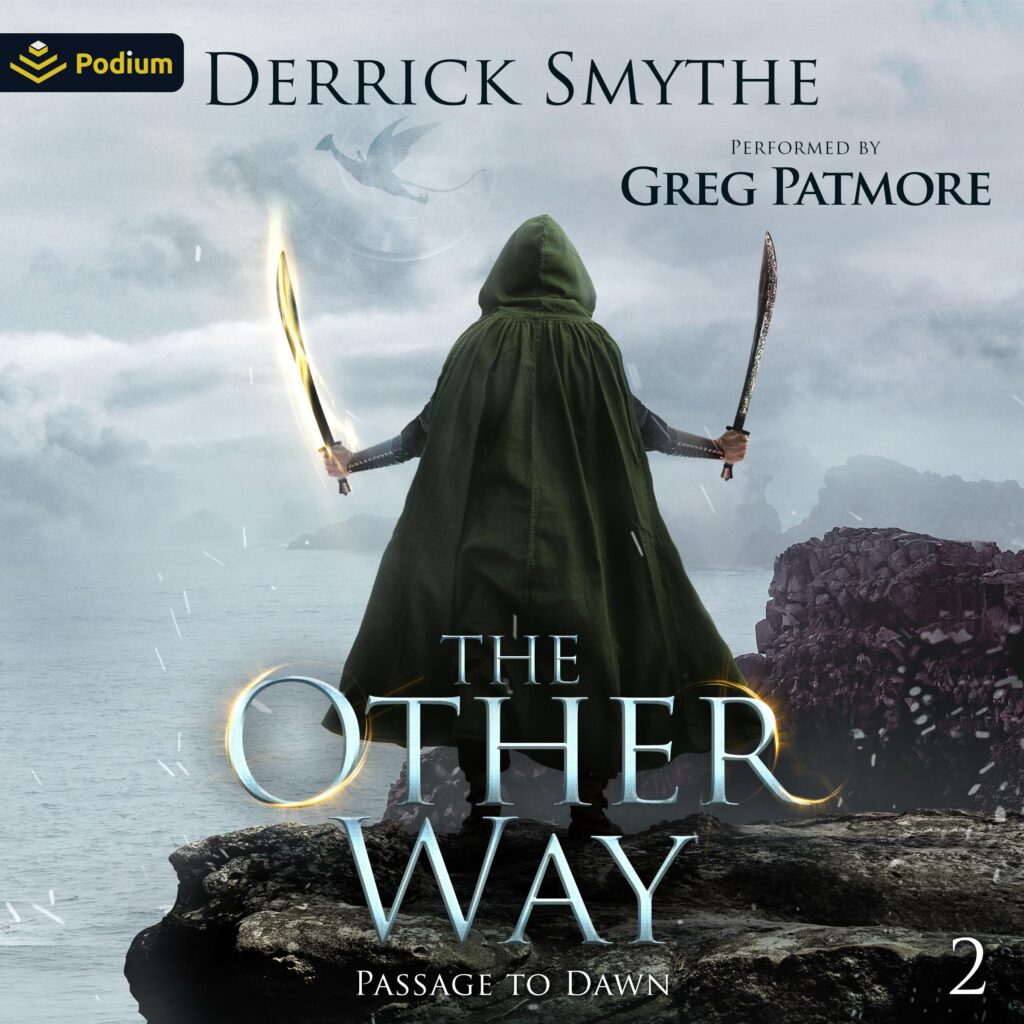 The Other Way:
The award-winning series continues in Book 2, The Other Way!
The Empire continues to lay waste to all who stand in their way…
Kibure’s captors are willing to teach him to control his magic, but such training is not given freely. And not everyone who offers help means well.
Will Kibure become the wizard he needs to be in time to fulfill the destiny set out before him?
Meanwhile, Prince Aynward is framed for the worst of crimes: patricide and kingslaying. His sister, Dagmara, determines to help him escape judgment, but how many will have to die in order to keep Aynward from the gallows? Their journey will reunite them with old friends and bring Dagmara face to face with the legendary creatures known as Lumáles, but is she worthy to ride? And what happens when the Kingdom is overrun by the Empire and their sorcerers?
Don’t miss the second installment in an epic fantasy series abounding with unexpected heroes, betrayal, magic, and non-stop adventure. This series will continue to be enjoyed by fans of Brandon Sanderson, Robert Jordan, Michael J. Sullivan, Edward W. Robertson, and Michael Wisehart.

Derrick Smythe has been fascinated with all things elvish, dwarfish, and magical since his days of running through the woods with sharpened sticks in defense of whatever fortification he and his brothers had built that summer. After consuming nearly every fantasy book he could find, he was driven to begin work on one of his own. When he isn’t dreaming up new stories, he can be spotted hiking the Adirondack Mountains or traveling the world. He currently resides near his hometown in Upstate New York with his enchanting wife, ethereal daughters, and his faithful-if-neurotic Australian Shepherd, Magnus. Derrick’s debut novel, The Other Magic, is the first installment of his Passage to Dawn series, an epic fantasy set in the world of Doréa.