The Phantom of the Earth | Podium Audio

The Phantom of the Earth

The Phantom of the Earth 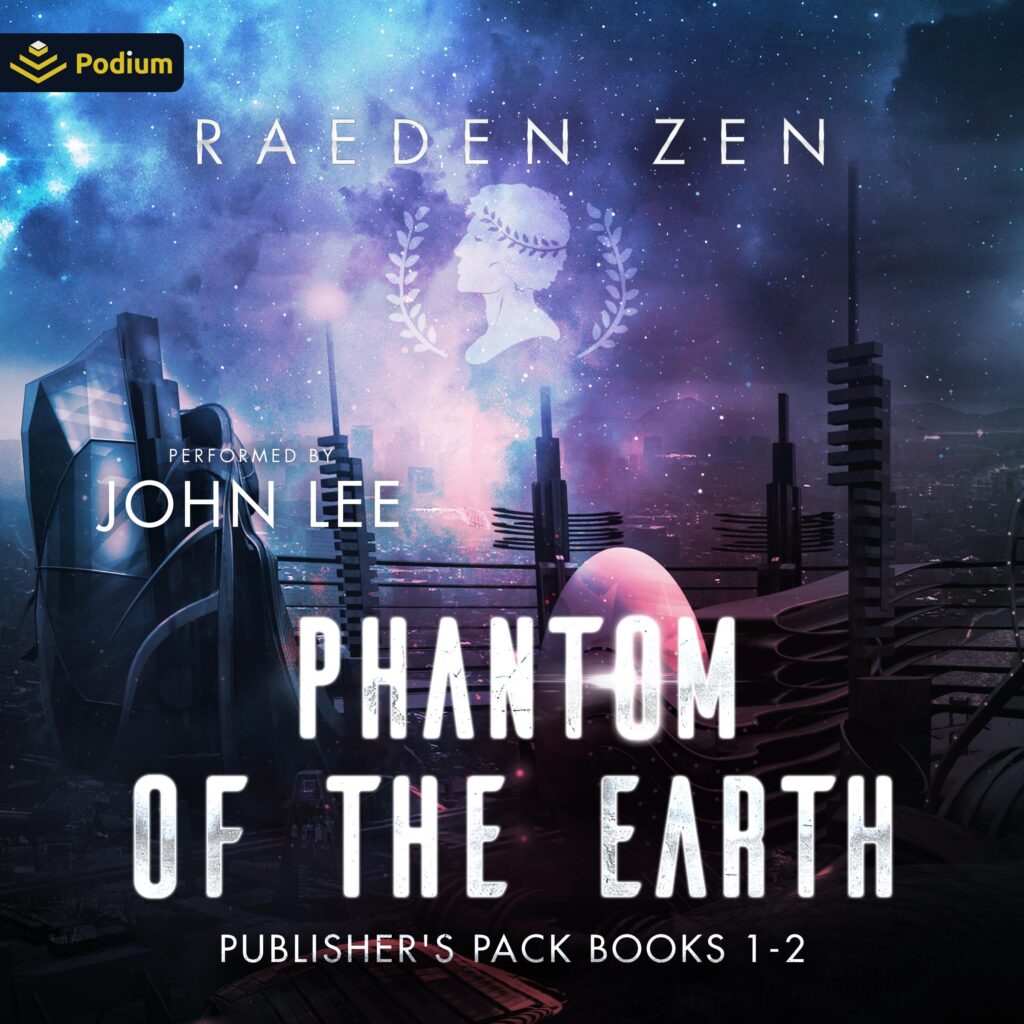 The Phantom of the Earth: Publisher’s Pack contains books 1 and 2 of the series.
The Song of the Jubilee, book 1:
The world on the surface has crumbled. Deep below what were once the places known as Canada, the United States, and Mexico, a new Great Commonwealth has emerged where expansion gave way to peace and prosperity in the face of history’s most devastating plague.
Immortality is the reward for service and loyalty in this subterranean country, a place where the physical blends with the metaphysical, and power consolidates in the hands of those with a genetic edge. The fissures first spread slowly, then swiftly, until the Great Commonwealth finds itself on the brink of economic devastation, challenged by forces from within that know its secrets and its crimes.
At the center of the conflict lie the Selendias of Piscator, founders of the resistance with an uncanny connection to the zeropoint field, and the Barão Strike Team, three researchers tasked with finding a cure to the Reassortment Strain, the plague that nearly wiped humanity from the Earth. Traveling from the uninhabitable but pristine surface to the habitable but inhospitable underground, this is a story about dedication to dreams, battle for survival, discovery and connection, song and celebration, undoing past misdeeds, and sacrifice for the greater good.
Captain Broden Barão, Striker Nero Silvana, and Strategist Verena Iglehart, together with the elite Reassortment research team, release a genetically designed "proto" or prehistoric human on the Island of Reverie (formerly known as Manhattan), testing a serum designed to thwart the Reassortment Strain. They must find a cure to the plague or suffer the inevitable consequence for failure: demotion or worse, banishment to the Lower Level some 4,000 meters beneath the Earth’s surface. Meanwhile, in the Great Commonwealth, 2,500 meters deep, the resistance movement known as the Liberation Front suffers a disastrous defeat when its leader, Jeremiah Selendia, is captured by the Lady Isabelle Lutetia, the supreme director of the department of communications and commonwealth relations. With Jeremiah held by the government, his middle son unexpectedly finds the weight of the war on his shoulders.
The Gambit with Perfection, book 2:
Cornelius Selendia continues his journey to Blackeye Cavern, Supreme Scientist Damosel Rhea makes progress on Project Silkscape, and the consequences of failure during the last Jubilee confront the Barão Strike Team. Captain Broden Barão, Striker Nero Silvana, and Strategist Verena Iglehart have been recalled to the Huelel Facility for a commonwealth mission to the Vigna system. Will the Barão Strike Team succeed in the mission? Will Connor make it to the Cavern before the commonwealth’s agents recapture him? Will Damy revive the prehistoric life vital to her survival in the commonwealth?