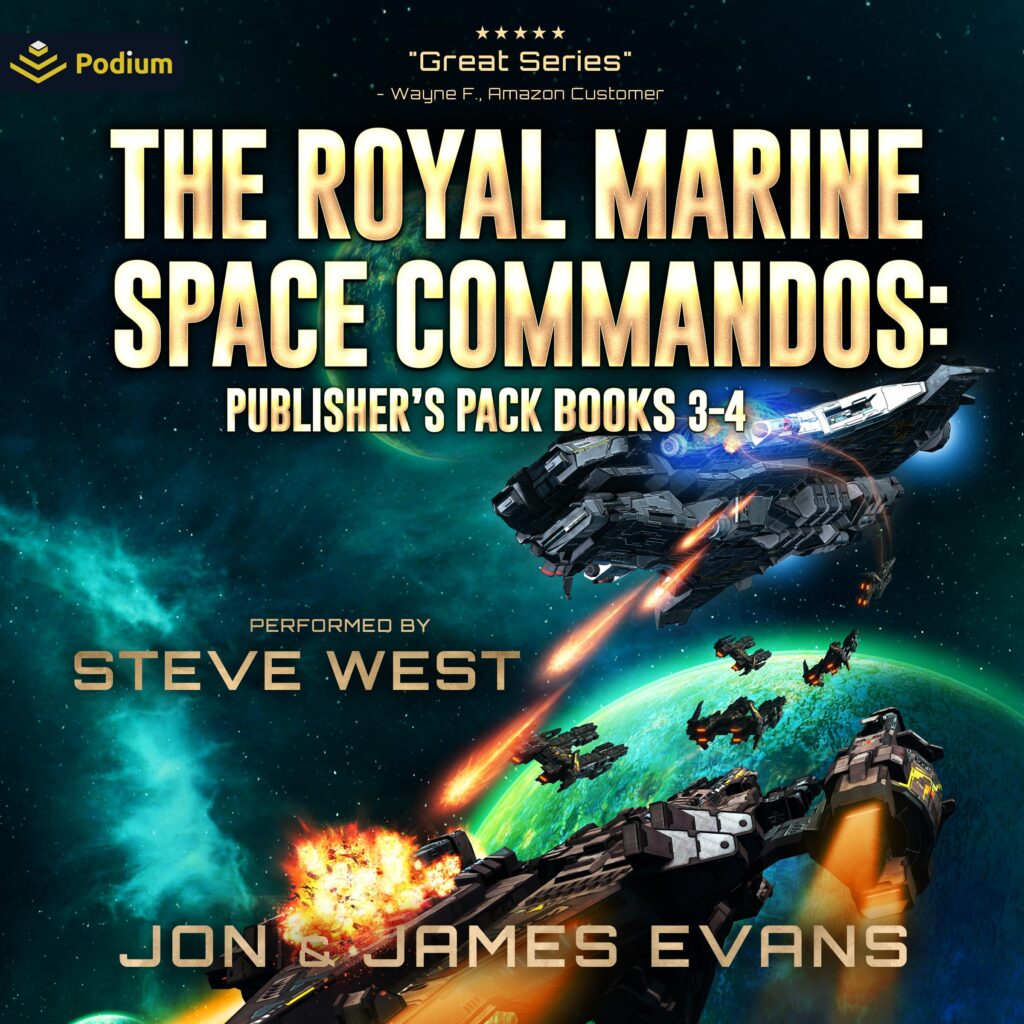 This publisher’s pack contains Ascendant and Gunboat, the next two books in The Royal Marine Space Commando series.
Ascendant, Book 3:
Aboard the captured enemy ship, Ascendant, Captain Warden and Lieutenant Commander Cohen must lead a mission to explore a star system held by the Deathless. NewPet is close to the colony world of New Bristol, and they must discover what threat it poses to the Commonwealth. They have deployed in enemy clones, and have their armor and weapons to complete the deception. Now they must infiltrate a militarized star system and gather vital intelligence for the war effort. What these space marines face on NewPet will test the limits of their skill and resourcefulness like never before.
Gunboat, Book 4:
A space fleet in shambles. A captain facing annihilation. There’s never been a better time to play dirty….
Lieutenant Commander Cohen is furious. After his admiral’s questionable tactics decimate all but two of their ships, Lt. Com. Cohen needs to get back to New Bristol in a hurry. But with a damaged hyperspace function, the remaining vessels are sitting ducks for the hungry, ruthless enemy. To repair his ship, Cohen must engage a mysterious asteroid-based faction in a trade that could make or break the war. Carrying out insurgent missions on their ally’s behalf, the entire plan rests on an impeccable battle strategy and just one tiny ship.
Can Lt. Com. Cohen survive the day or will the Deathless finally get their revenge?
If you like battle-hardened heroes, space fleet combat, and non-stop action, then you’ll love Jon & James Evans’ star-spanning exploits.