The Ruins of Karzelek | Podium Audio 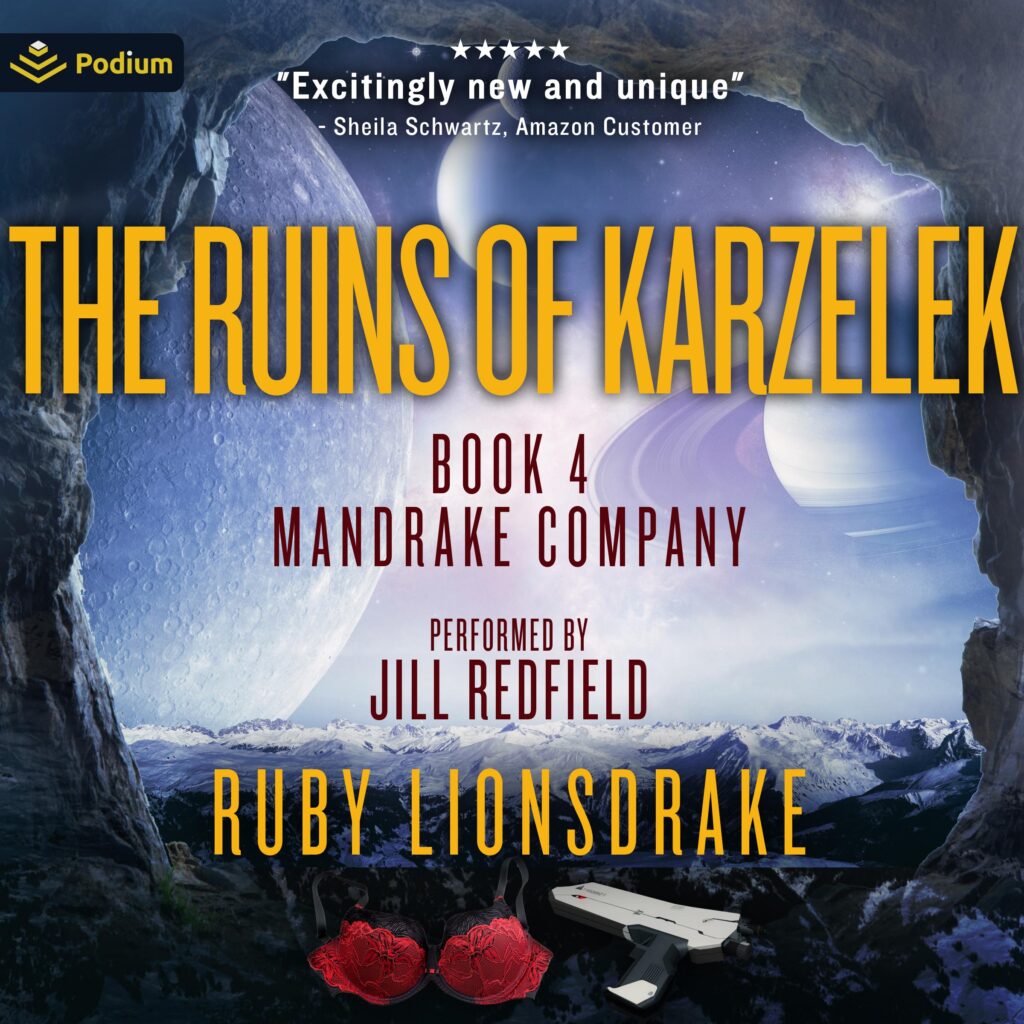 Kalish has been a successful treasure hunter for years, relying on only herself to deal with deadly predators, impenetrable jungles, and diabolical booby traps.
But with her father kidnapped, and a notorious pirate demanding an ancient alien artifact that may or may not exist, Kalish needs help.
She hires a mercenary company because she needs their combat experience and their piloting skills – the intelligence officer with the background in translating alien hieroglyphics could come in useful, too. Sedgwick Thomlin is charming and handsome, when he isn’t busy sneezing at something from his long list of allergies. But she’s not sure if she can trust him or the mercenaries, not when the most valuable and coveted relic in the galaxy might turn out to be real.
The Ruins of Karzelek is a space-based adventure and romance that can be listened to as a standalone. It is also part of the Mandrake Company series and brings back characters from the other books, such as Val, Gregor, Tick, and Striker.