The Sands of Agurumal | Podium Audio 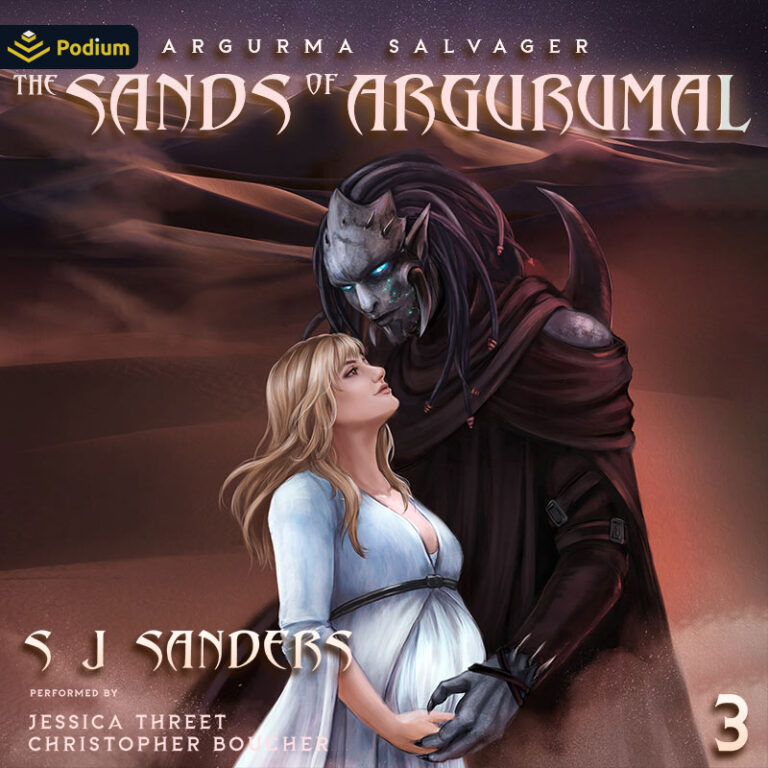 With the expectation of a three-year pregnancy, Terri assumed that she had all the time in the world before she had to face the realities of upcoming motherhood.

Time for adventures, travel, and working side by side with her mate. She had been particularly looking forward to the latter now that Veral had relaxed from overbearing to merely aggressively protective – and she could work with that – but when her baby starts to grow abnormally fast, she suddenly faces the grim reality of going to the one place she never wanted to visit: Argurumal.

Terri must work to evade the council and a mysterious someone who is attempting to ensure that she never leaves Argurumal alive. She begins to wonder if being a mother might not be the biggest challenge she has to face, especially when Veral suddenly begins to pull away from her.

Veral had never planned to return to Argurumal, but with his mate’s pregnancy advancing unnaturally fast, he will have to face those he left behind…and an unknown threat. His enemies have underestimated him. He will ride the sand dragnar across the Great Dunes to the capital if required. There is none more dangerous than an Argurma defending his mate and young. He will do all that he can to protect them, even if that means he cannot be by their side.

This book contains graphic sex and violence that may not be suitable for all listeners.