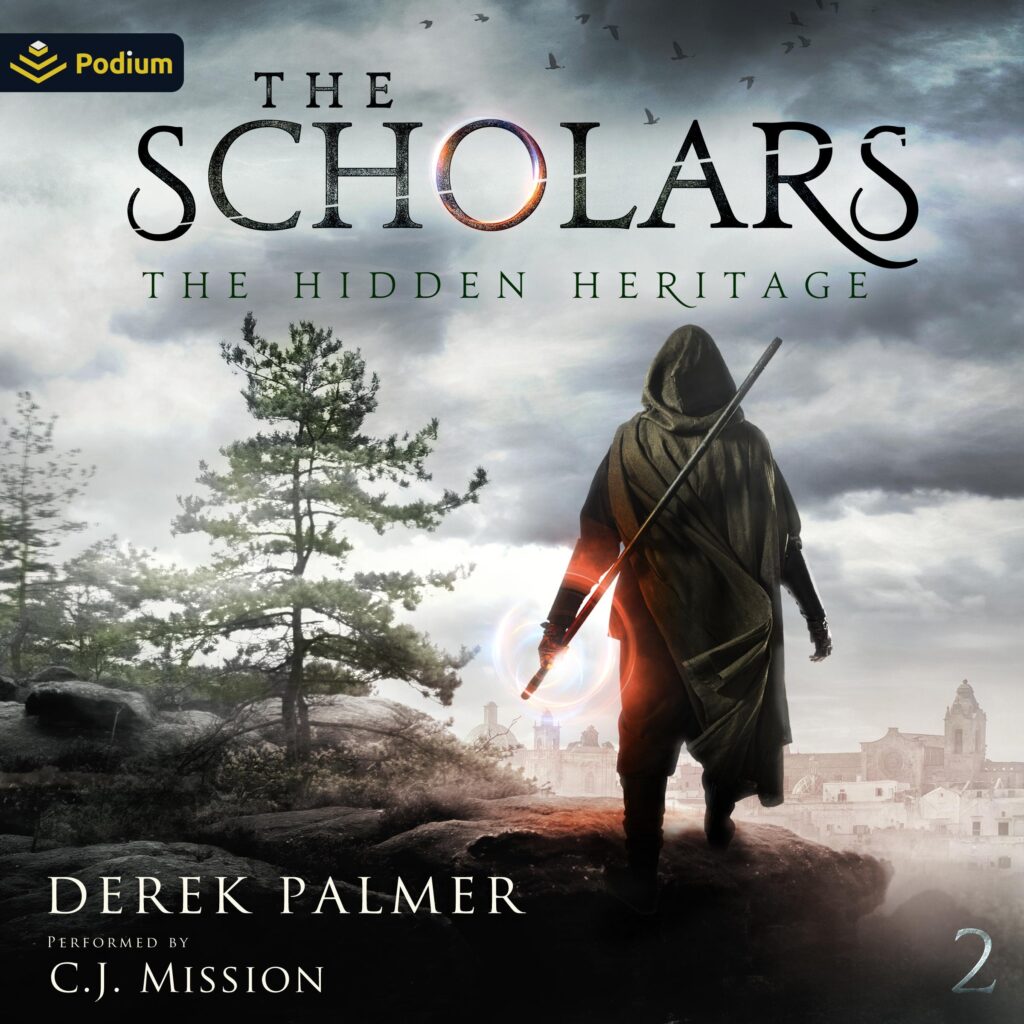 After taking the advice of a former Guardian and abandoning his home, Stian must rebuild his life, and in the process, learn a lot more about the world around him….
Stian’s first meeting with the Elves in their valley didn’t quite go as he had hoped. While healing from his wounds, he’s tasked with trying to earn their trust, which, because of past occurrences, won’t be easy. In order to win them over, he’ll need to learn a whole lot more about them – and about magic.
However, Stian is facing a much more serious threat…and he’ll need a lot more than magic to be able to respond to this newfound danger. He’ll need the support of allies.
The Scholars is book two of The Hidden Heritage, a series about courage, betrayal, and love in a magical world of elves and trolls.

Derek Palmer is a pseudonym of a writer who has been writing for years - all kind of technical documentation nobody really wants to read and with jargon most of the people do not even try to understand. Doing that kind of work left him a huge surplus of words that could not be used at work. Those words first accumulated and then started to overflow after filling the author's head. When the author was no more able to store those words, he needed to start writing them out; first anonymously to some shady network places, being very careful because of the power of those uncontrollable words. Later on, with some help from other writers he has learned to control some of his idioms, phrases and expressions and as a result there will some books coming out this way.