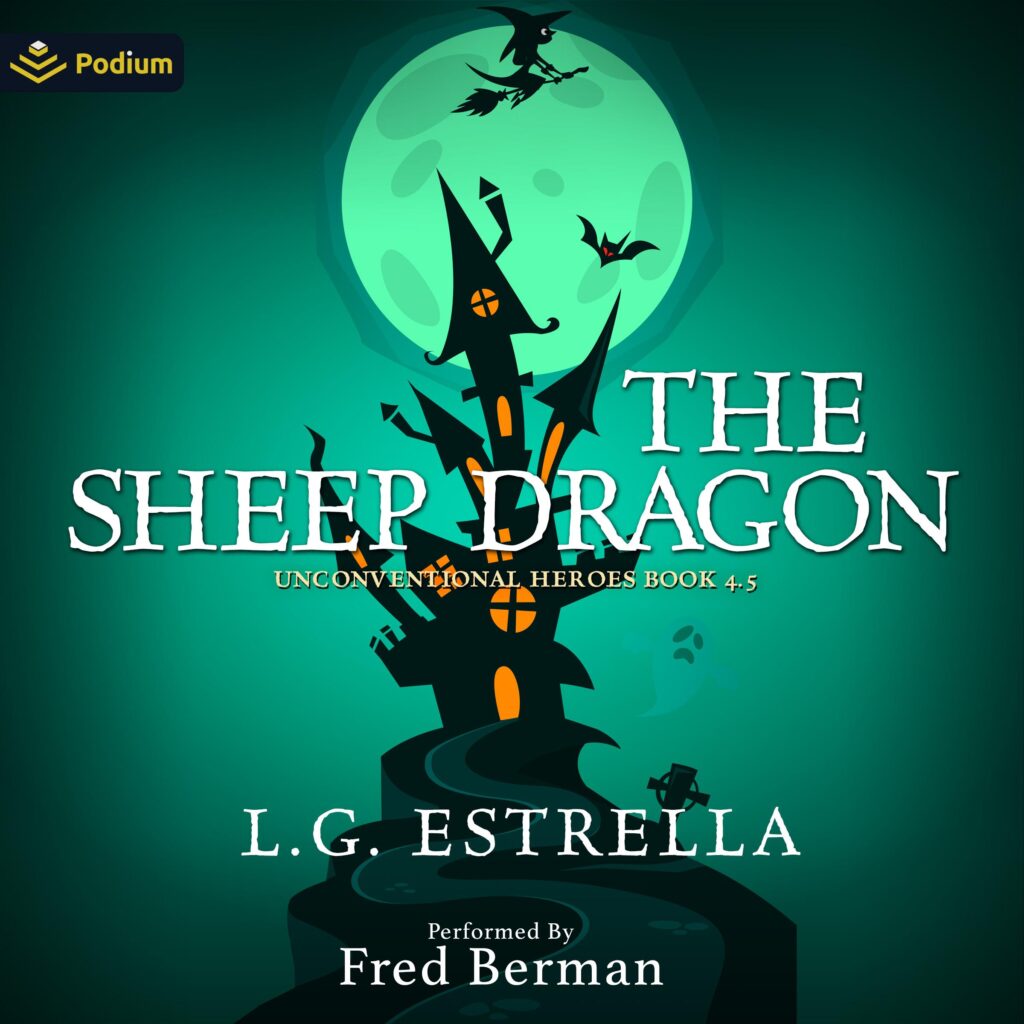 It sounds insane, but asking a young dragon to watch over a flock of magical sheep might just be Timmy’s ticket to financial freedom.
To earn his pardon and help Everton win the war against the Eternal Empire, Timmy – Grand Necromancer extraordinaire – has his work cut out for him.
Thankfully, he’s not alone. He has an elite team of questionable characters to help him turn the tide: There’s his pint-sized apprentice who dreams of becoming the Supreme Necromancer. It’s a pity she’s more adorable than menacing. There’s the pyromaniacal elf who isn’t into saving the innocent so much as she’s into smiting (and robbing) the wicked. There’s the ancient vampire whose penchant for getting stabbed has led to a drastic reduction in her wardrobe. There’s the legendary swordsman who’s so legendary that he might actually die of old age instead of meeting his end in battle. There’s the timid bureaucrat whose knack for almost getting eaten is matched only by his knack for paperwork. There’s the dwarf who wants to build a golem so huge it can make a dragon cry uncle. And then there’s the young dragon whose hunger knows no bounds.
Nobody is safe. Not pineapples. Not bandits. Not even giant, mutant cows. Timmy and the gang aren’t the heroes anyone expected, but they’ll get the job done. Somehow. With plenty of property damage.
The Sheep Dragon is a collection of 14 short stories set before, during, and after the first four parts of The Unconventional Heroes series. Each story addresses questions of world-shaking importance like: Is it possible for a young dragon to watch over a flock of sheep without those sheep ending up in his stomach? What do necromancers actually do at necromancer conventions? And what is the best way to deal with a surprise demonic invasion?