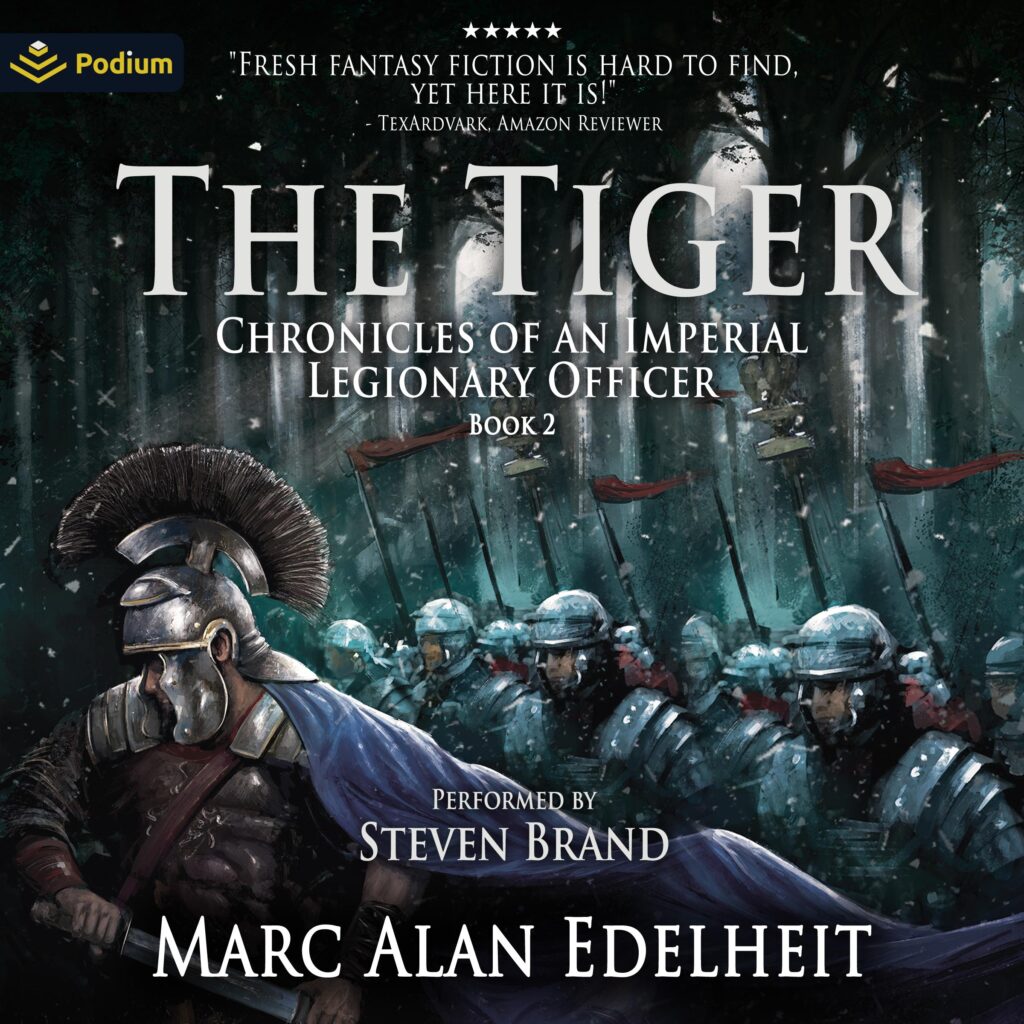 Abandoned and cut off from friendly lines, Stiger takes the fight to the enemy!
A nobleman from an infamous family, an imperial legionary officer, a fighter, and a right proper bastard of a man…
Captain Ben Stiger captured Castle Vrell and rid it of a minion of a dark god. Now he finds himself cut off from the empire, with a hostile rebel army marching on the legion’s fortress where they guard the entrance to Vrell Valley. It is not in Stiger’s nature to simply wait for the enemy. Badly outnumbered and facing odds greater than 20 to one, he sets out to impede the enemy’s advance and show them the steel that the legions are made of.
To help him on his way he has the services of his friend, Eli, one of the last remaining elven rangers. As if matters could not get worse, an army of dwarves is preparing to retake Castle Vrell, a sacred place they name Grata’Kor.
There are forces at play greater than Stiger can imagine. To survive he must contend with not only a well-supported rebel army but also a hostile dwarven nation intent on fulfilling a mysterious prophecy that has the potential to shatter the world and bring ruin to the empire.
The battle to save the empire and the world continues in this action-packed adventure.