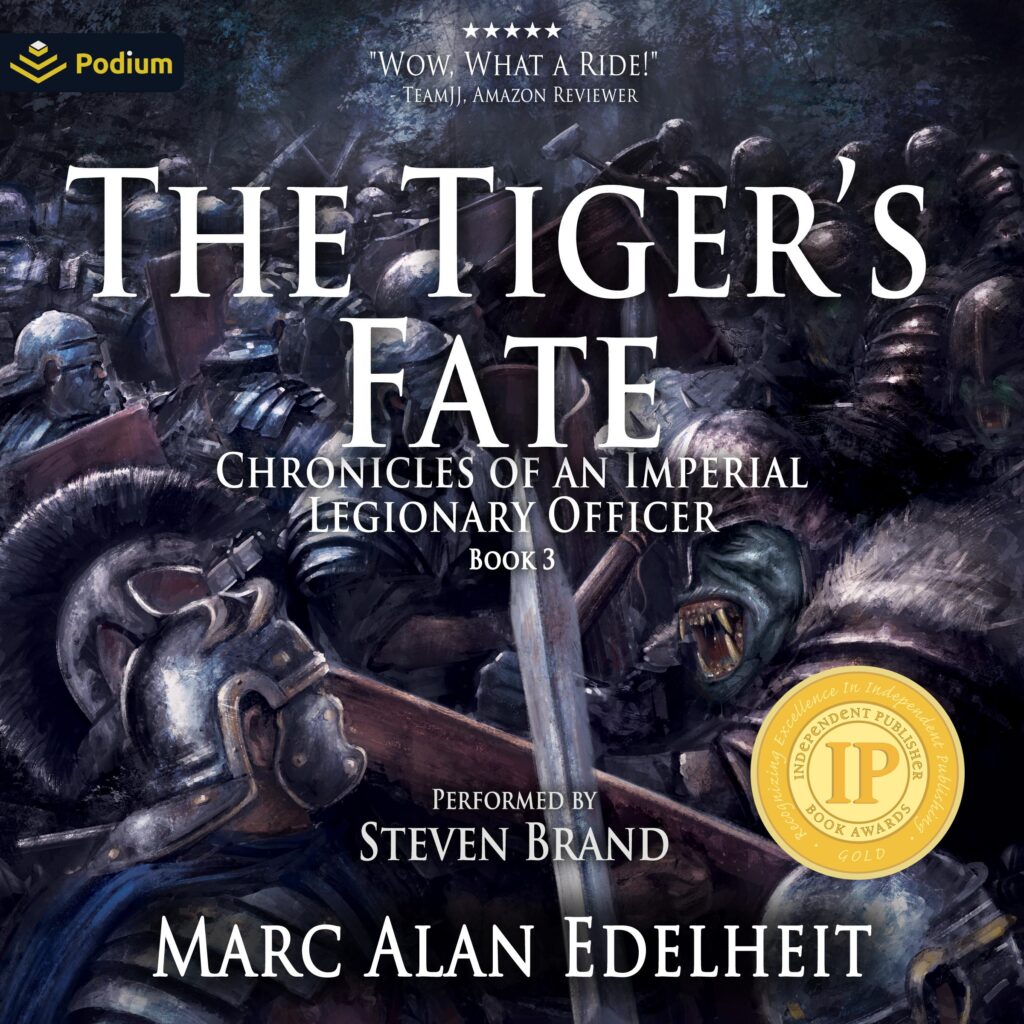 2017 Gold Medal Winner for Best Science Fiction, Fantasy & Horror E-Book Independent Publisher Book Awards
A nobleman from an infamous family, an imperial legionary officer, and a born fighter, Captain Ben Stiger has successfully thwarted the attack from an army of the Cyphan Confederacy. Now Stiger, his men, and his new dwarven allies have fallen back behind the great walls of Castle Vrell. Stiger finds himself named Legate of the Vanished, the long-lost 13th Legion. This title and his own word binds him to the terms of the Compact, an ancient and mystical alliance formed nearly 2,000 years before.
The snows have come, and the mountain summit into Vrell is impassable. On one side of the pass sits an army of the Cyphan Confederacy some 20,000 strong. On the other sits Stiger, his company, the remnants of the 13th Legion, and a dwarven army. Each side is waiting for the spring thaw.
Bottled up in the Vrell valley, Stiger and his elven companion, Eli, learn of Garand Thoss, an ancient and abandoned dwarven city. Within its hallowed halls resides a prize of unimaginable value – a prize that will reveal the true history of the empire and force Stiger to face a new enemy more deadly than he has ever faced before.