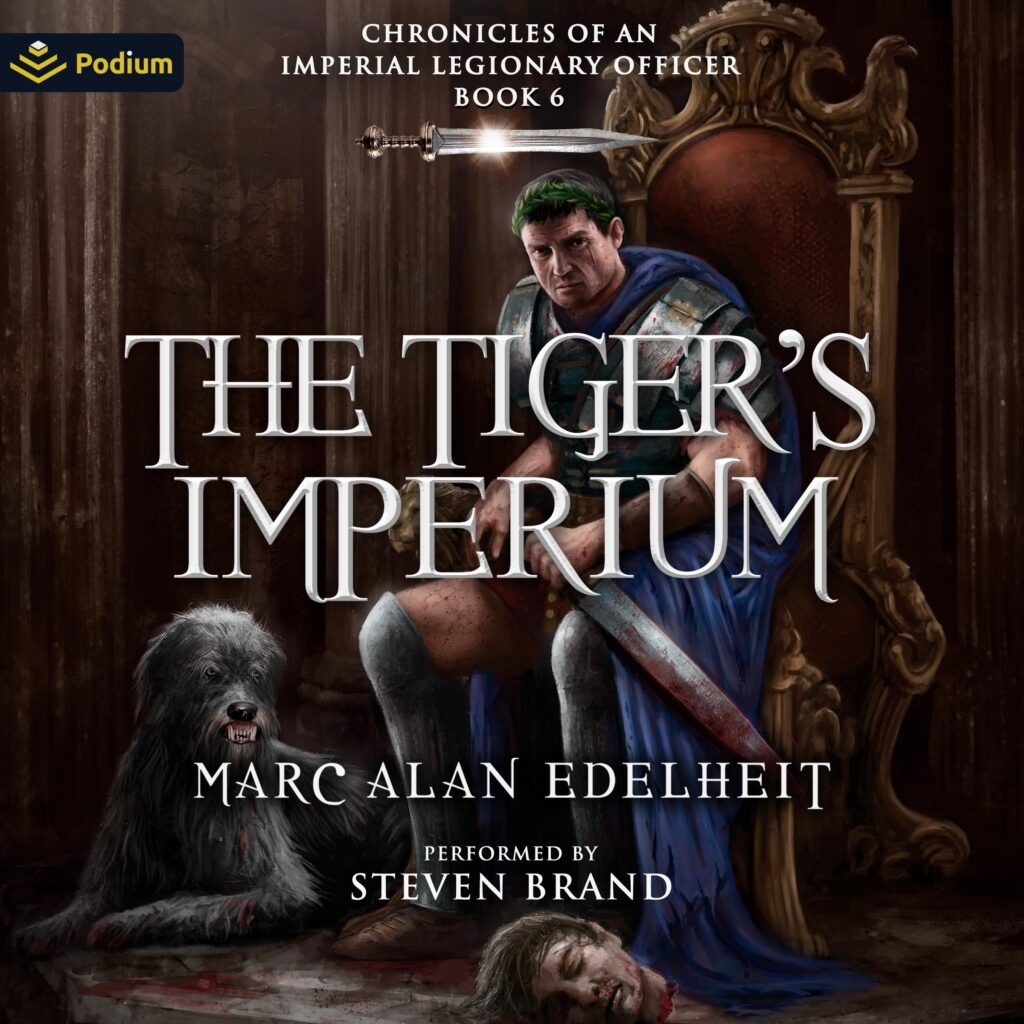 The sixth instalment of the award-winning Chronicles of an Imperial Legionary Officer series.
Ben Stiger, Legate of the Lost Thirteenth Legion, a nobleman from an infamous family, and born fighter, has defeated the enemy army before Lorium and raised the siege of the city. Mortally wounded and dying, the emperor has made Stiger his heir, but in name only. The senate and the church must confirm and anoint him. Will they want a Stiger on the throne? Or will they choose someone else?
Hundreds of miles away, the Cyphan Confederacy’s armies are marching along the coast, moving inexorably toward the capital, leaving a swath of destruction in their wake. To save the empire, Stiger must leave his army behind, travel to the capital, and confront his father, who is in command of the legions defending Mal’Zeel.
Stiger must secure his throne, for it is his destiny and burden to bear. Another must not be allowed to claim the crown of wreaths and the curule chair. For should that come to pass, everything Stiger has worked toward will be lost, and darkness, like a shadowy veil, will forever fall over the world of Istros.  Stiger has finally accepted the mantle of Champion for his god, the High Father. He has come to accept being made emperor, a job he never wanted, and being seen by his men as gods blessed. But has he truly been blessed? Or has Stiger been cursed to a terrible destiny?
The final battle to save the empire and the world has begun!