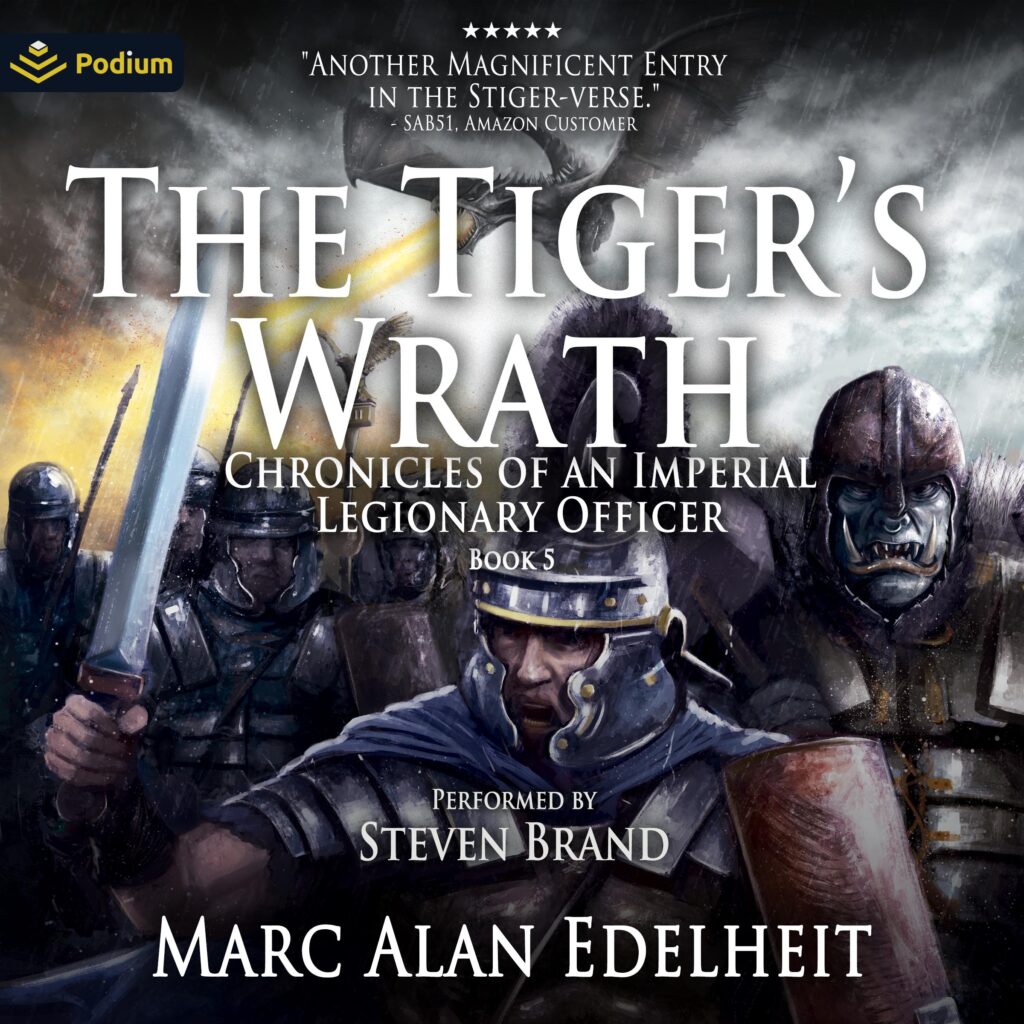 Finalist for Best Series: 2019 Next Generation Indie Book Awards
The fifth installment of the award-winning Chronicles of an Imperial Legionary Officer series is finally here!
Ben Stiger, Legate of the Lost Thirteenth Legion, a nobleman from an infamous family and born fighter, has defeated the servants of the evil god Castor and crushed the dark deity’s orc-led army. Having repaired the damage wrought by Castor and fixed the timeline, Stiger has returned to the present, bringing with him the entire Thirteenth Legion and her auxiliary cohorts.
If he thought the road behind him was a difficult path to travel, the one ahead will prove even more challenging.
A rebel army is besieging the Vrell Valley. Hundreds of miles away, the Cyphan Confederacy’s armies are driving into the heart of the empire, leaving a swath of destruction in their wake. Stiger, with his dwarven and gnome allies, must break out of Vrell and then, if successful, march to the aid of the emperor. Should the empire fall, everything Stiger has worked toward will be lost, and darkness, like a shadowy veil, will forever fall over the world of Istros.
Stiger has finally accepted the mantle of Champion for his god, the High Father. He is seen by his men as gods blessed. But has he truly been blessed? Or has Stiger been cursed to a terrible destiny, one even the elves dread?
Stiger intends to see his purpose through to the bitter end, no matter where it leads. Along that lonely road, all those who stand in his way will feel his mighty wrath.
The final battle to save the empire and the world has begun.