The Tinderbox: Soldier of Indira 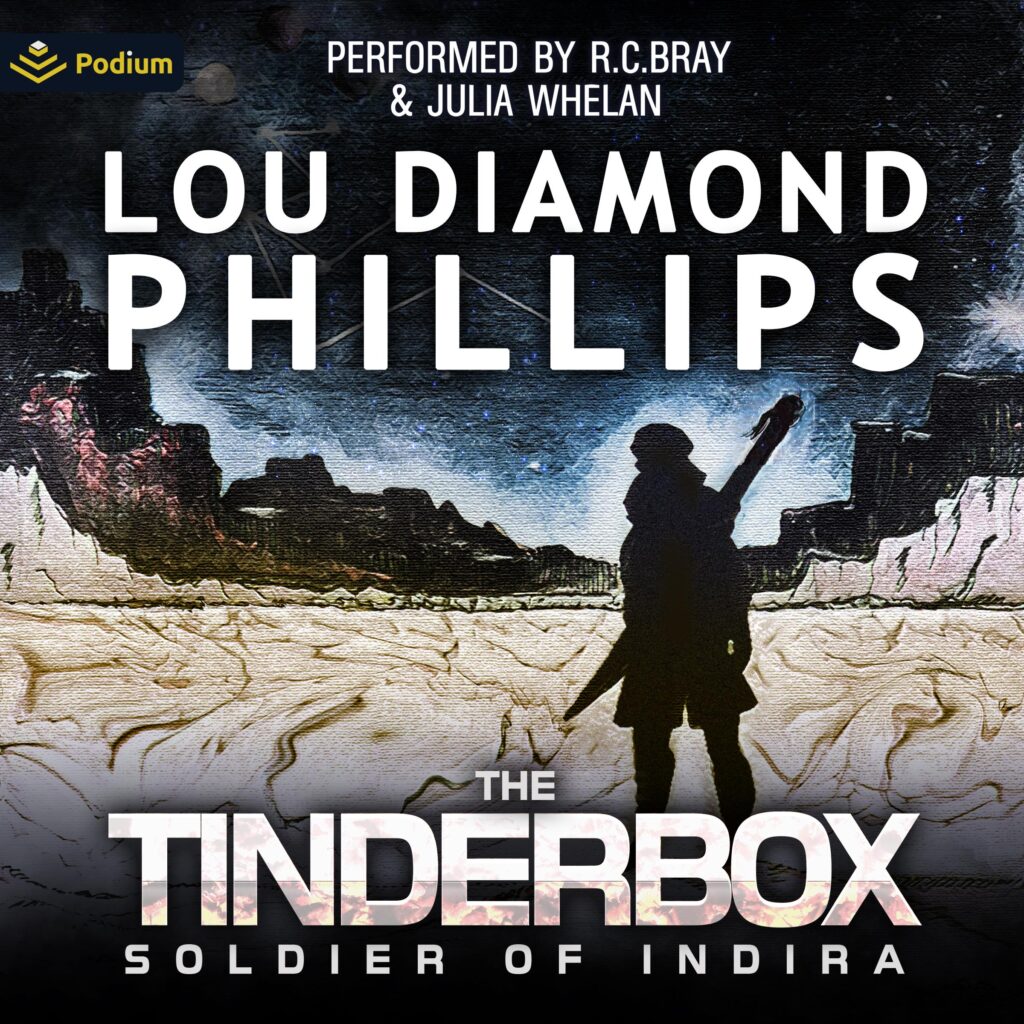 From the imagination of actor Lou Diamond Phillips (La Bamba, Stargate Universe, Prodigal Son)_ _comes an epic and unforgettable science-fantasy tale.
Two worlds at war will bring them together…or tear them apart.
Everson didn’t want to be a soldier. His parents forced him to serve, as all good Indiran men should. The only problem? His first battle against their mortal enemies goes horribly wrong, and he winds up stranded on the enemy planet.
Now, Everson has to survive in this strange new land where everyone is out to get him. Not to mention the planet Mano is covered in unforgiving desert. And he’s the target of traitors who want to use him in a dastardly plot to overthrow their mad king, Xander the Firm, by having him retrieve a piece of mysterious and powerful ancient technology known as the Tinderbox.
But everything changes during a chance encounter with the king’s daughter, Allegra. Despite her station, she’s in as grave of danger from her own people as Everson is. And though their peoples have been at odds for centuries, an unlikely spark forms between them.
As their worlds come crashing down around them, their forbidden love might be the only chance to end this war forever. Or it might just be the doom of everyone….
Imagine the intrigue of Game of Thrones mixed with the star-crossed romance of Romeo and Juliet – but in space! Inspired by Hans Christian Andersen’s famous fairy tale of the same name, Soldier of Indira is perfect for fans of Outlander, Dune, Aurora Rising, and Stardust.
Includes a special note from the author.