The Way Ahead | Podium Audio 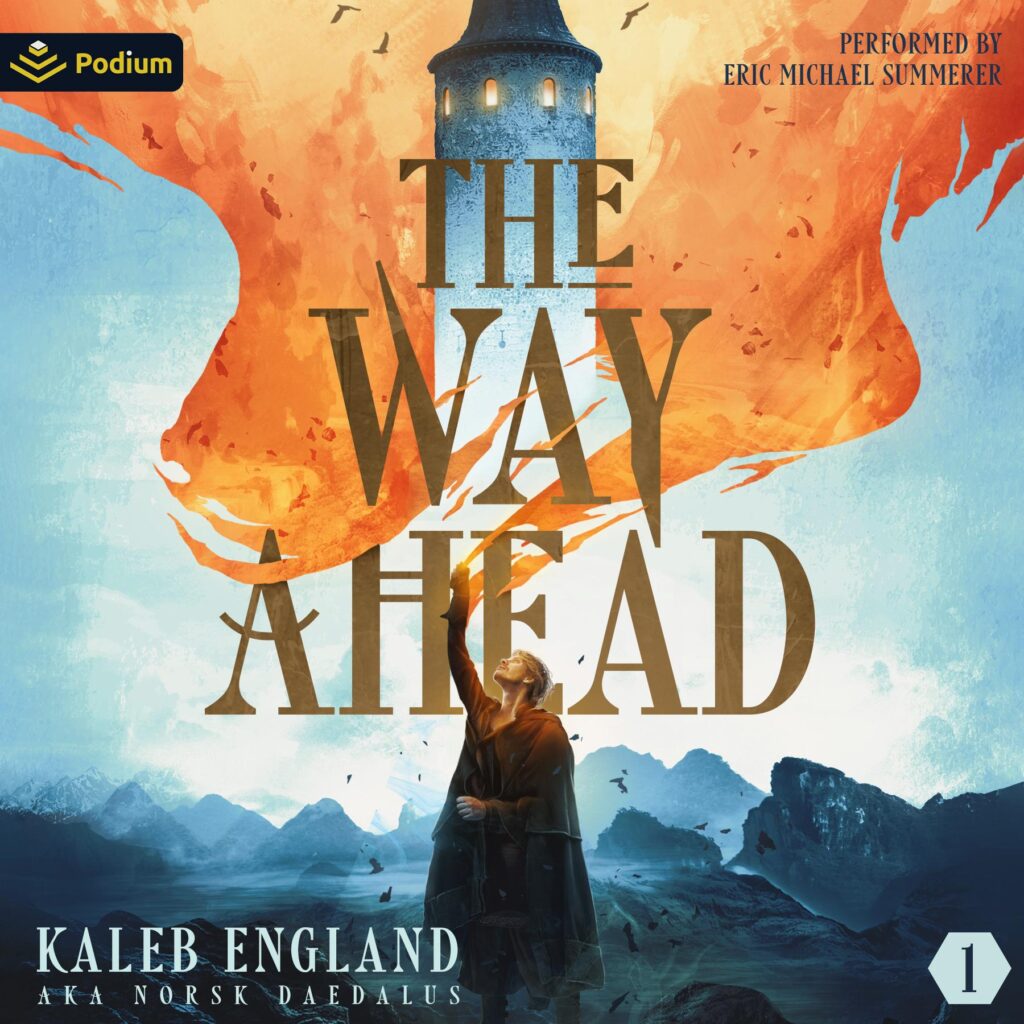 A physics student’s talents are put to the test when he’s transported to a world of magic and alchemical mysteries in the first book of a new fantasy series.

Fact one: Edwin Maxlin has fallen out of the sky and landed in a strange forest. Fact two: messages keep appearing in his line of vision, informing him that he has leveled up in various Skills—including some truly thrilling abilities such as Walking and Breathing. Fact three: this is most definitely not Earth.

Now Edwin, one-time student of material physics, must make his way through an unknown world, collecting Skills, upgrading his Class, embarking on life Paths, and most importantly, staying alive. But surviving in the land of Joriah isn’t as simple as increasing mana and learning how to become a Firestarter.

Edwin soon finds himself going toe-to-toe with an angry clan of dwarves and their even more disgruntled ruler, Lord S’fashkchlil. It will take all of Edwin’s wit, ingenuity, mathematical know-how, and charm to form new alliances, navigate a complicated political landscape, and keep from getting enslaved by Clan Blackstone. Fortunately, his otherworldly expertise is even more valuable than Edwin realizes . . .

Filled with humor, adventure, and unforgettable characters, _The Way Ahead _is a must-read for fans of epic fantasy, role-playing games, and the scientific method.

The first volume of the hit LitRPG fantasy series—with more than three million views on Royal Road—now available on Audible and wherever ebooks are sold!