The Way Into Chaos | Podium Audio

The Way Into Chaos 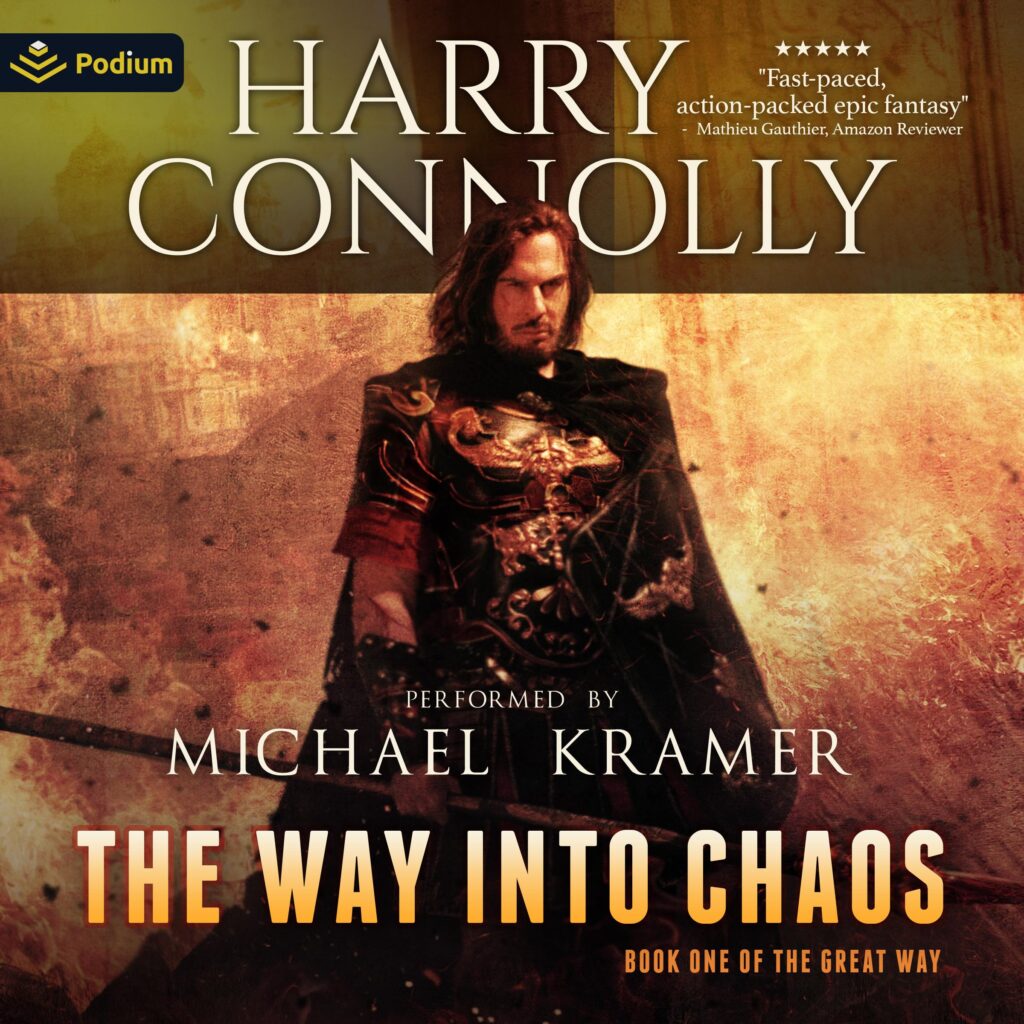 The city of Peradain is the heart of an empire built with steel, spears, and a monopoly on magic…
Until in a single day it falls, overthrown by a swarm of supernatural creatures of incredible power and ferocity. Neither soldier nor spell caster can stand against them.
The empire’s armies are crushed, its people scattered, its king and queen killed. Freed for the first time in generations, city-states scramble to seize neighboring territories and capture imperial spell casters. But as the creatures spread across the land, these formerly conquered peoples discover they are not prepared to face the enemy that destroyed an empire.
Can the last Peradaini prince, pursued by the beasts that killed his parents, cross battle-torn lands to retrieve a spell that might – just might – turn the battle against this new enemy?