The Winds of War | Podium Audio

The Winds of War 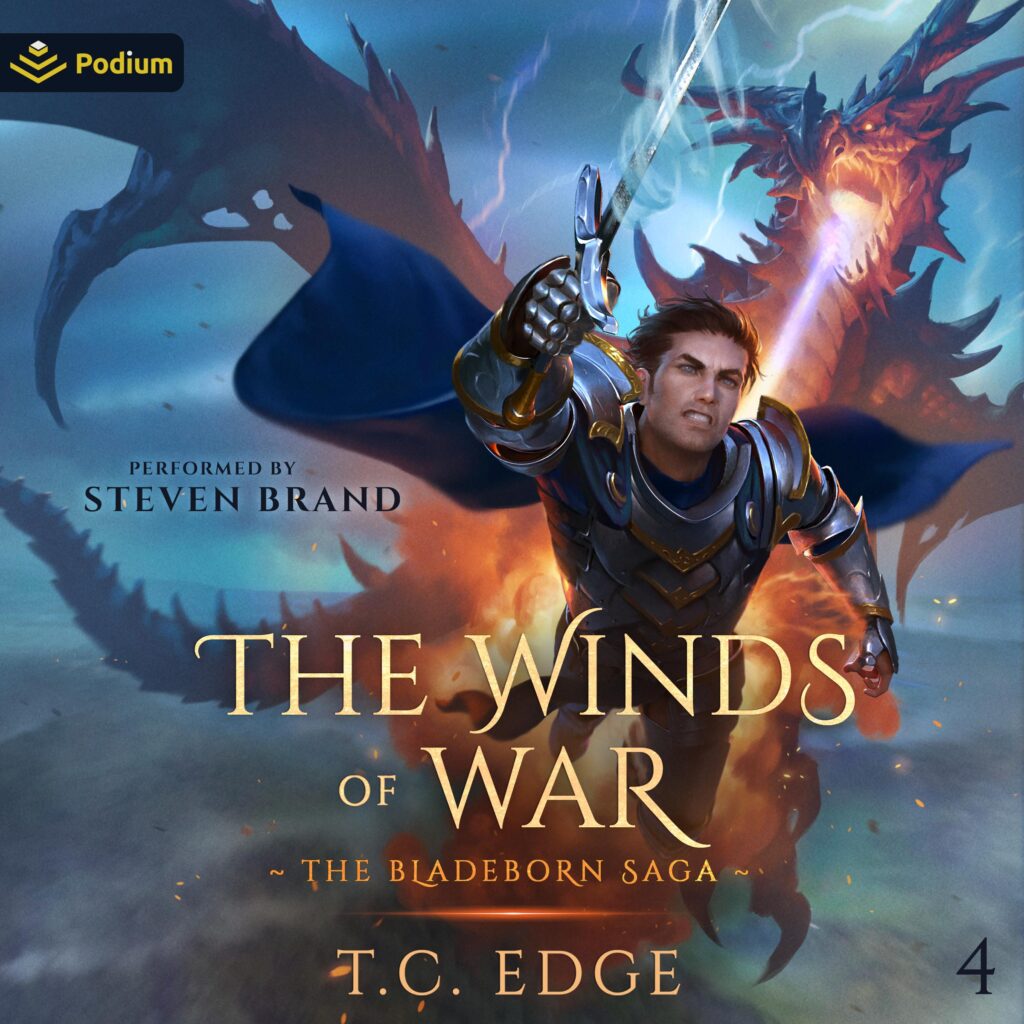 When the winds of war begin blowing, only the strong can withstand the storm.
Following the fall of a beloved prince, division brews across the north. Elyon Daecar, freed of the Warrior King’s cells, rides to Dragon’s Bane to defend the border of Vandar against an incoming Agarathi horde. He must become a prince, and a champion, to his people. But will it be enough?
Having finally arrived in Aram, Saska finds herself a captive yet again, this time by the sinister Sunlord Elio Krator, the man once betrothed to her mother. When a Tukoran army arrives to siege the great fortress of Eagle’s Perch, Krator marches to defend it, taking Saska with him. If she is to survive, she needs to escape. And she won’t be able to do it alone.
With his old master in chains, Jonik and his men sail north, intent on the destruction of the Shadow Order, and most of all, its mysterious king. Along the way, they face triumph and tragedy, as ancient secrets are unearthed.
Aware now of the dreaded rise of Eldur, Lythian Lindar strives to find answers, while returning from the Icewilds, Amron Daecar marches back into his kingdom, with a long-lost Blade of Vandar in his grasp. In the days to come, the world will need its heroes. Old prophesies are coming true, and the shadow of doom is spreading.
But can anyone stand against it?