The Wizard of Quintz: A litRPG Adventure | Podium Audio 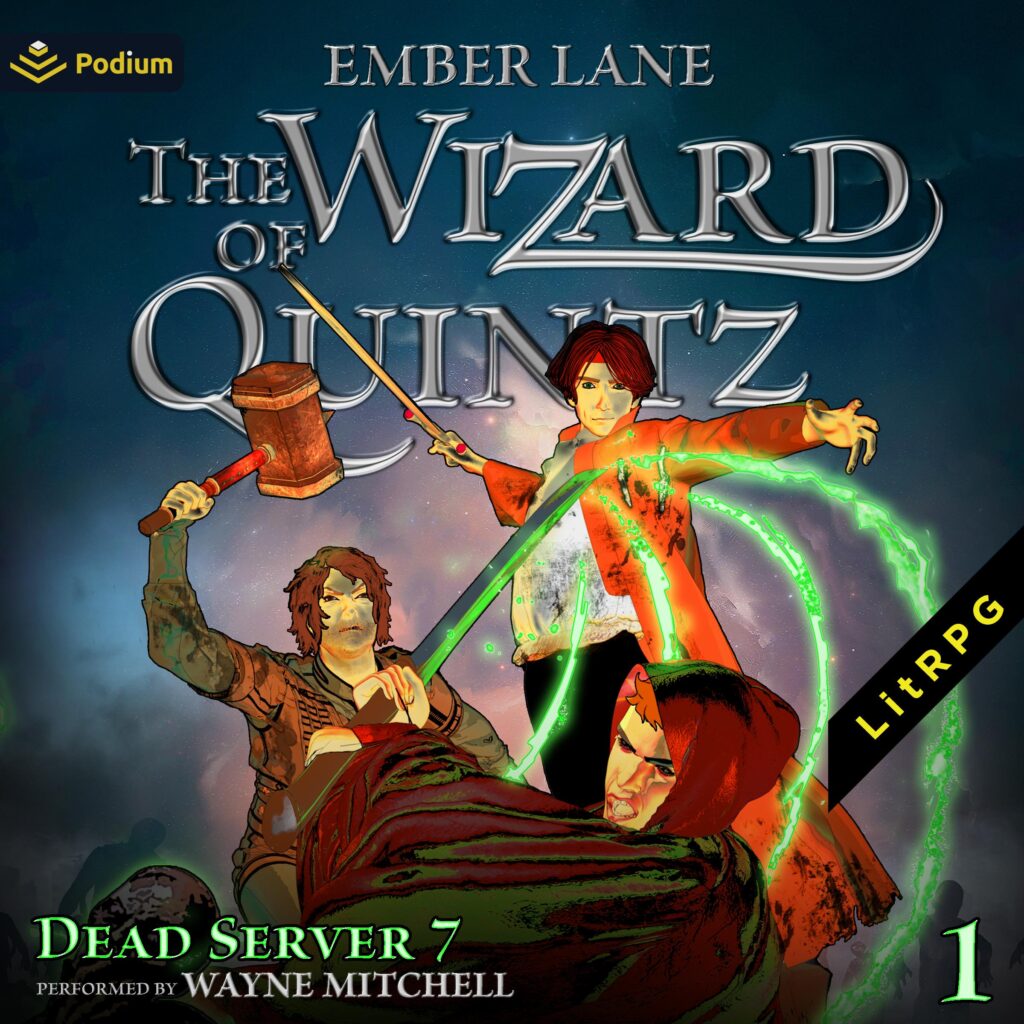 Merl is possibly the worst shepherd in Morgan Mount.
He’s easily distracted. You see, Merl can see things that other folks in his village cannot…like letters over their heads. His best friend, Billy Muckspreader, has NPC. Except Merl doesn’t know what it spells, because Merl can’t read. But that’s not Merl’s only distraction. Buildings have even more letters over them, and he thinks they have numbers too. If he stares at a tree long enough, a golden plaque appears with all sorts of unintelligible nonsense on it. It doesn’t bother Merl that much, but it bothers his dad. So when a wizard camps out in a nearby wood, his dad drags Merl to see him.
No one could truly predict what happened next. After all, medieval zombies aren’t really a thing, and surely a simple farmhand of dubious parentage can’t hold the fate of the world in his hands? That would be unheard of.
This is a litRPG progression fantasy where stats become more visible as the story goes on. There is mild swearing and plenty of zombie gore.