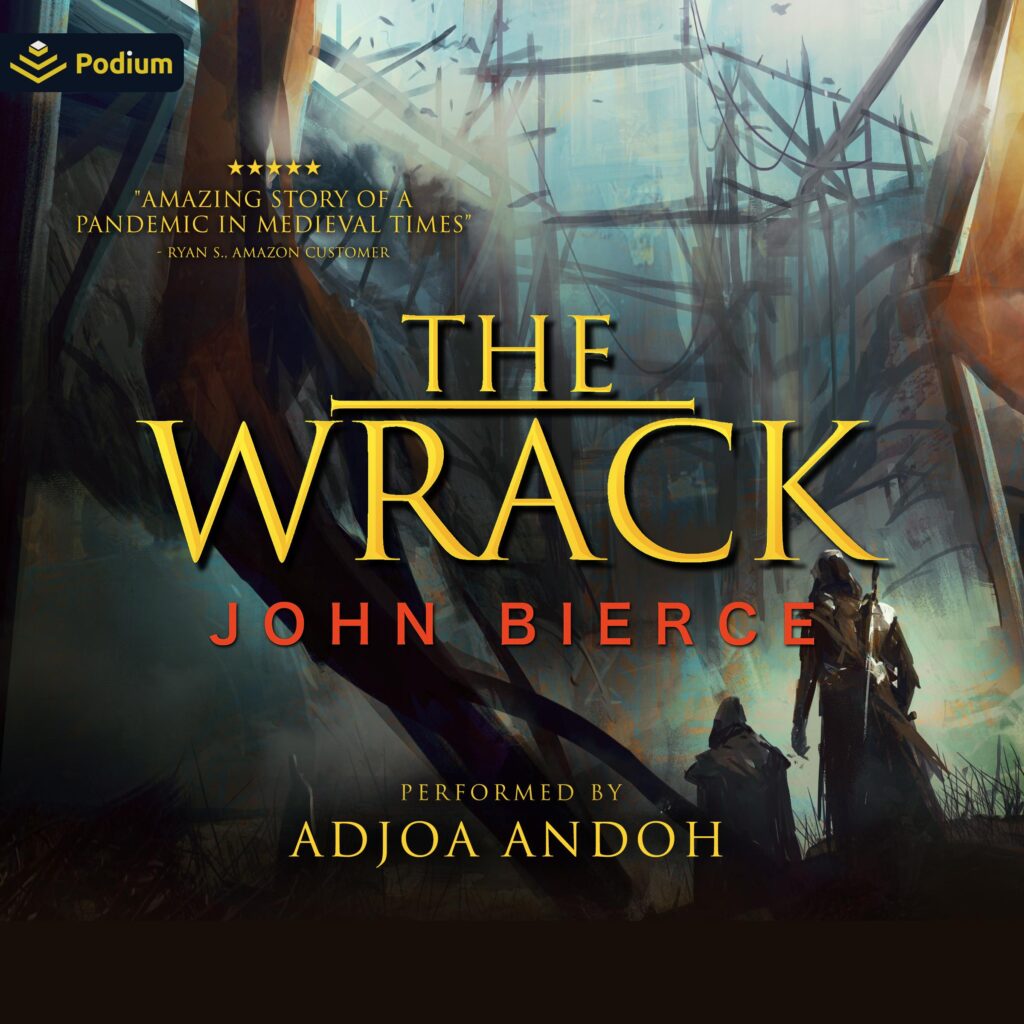 Plague has come to the continent of Teringia.
As the Wrack makes its slow, relentless march southwards, it will humble kings and healers, seers and merchants, priests and warriors. Behind, it leaves only screams and suffering, and before it, spreads only fear.
Lothain, the birthplace of the Wrack, desperately tries to hold itself together as the plague burns across it and its neighbors circle like vultures. The Moonsworn healers would fight the Wrack, but must navigate distrust and violence from the peoples of Teringia. Proud Galicanta readies itself for war, as the Sunsworn Empire watches and waits for the Wrack to bring its rival low.
The Wrack advances, utterly unconcerned with the plans of men.