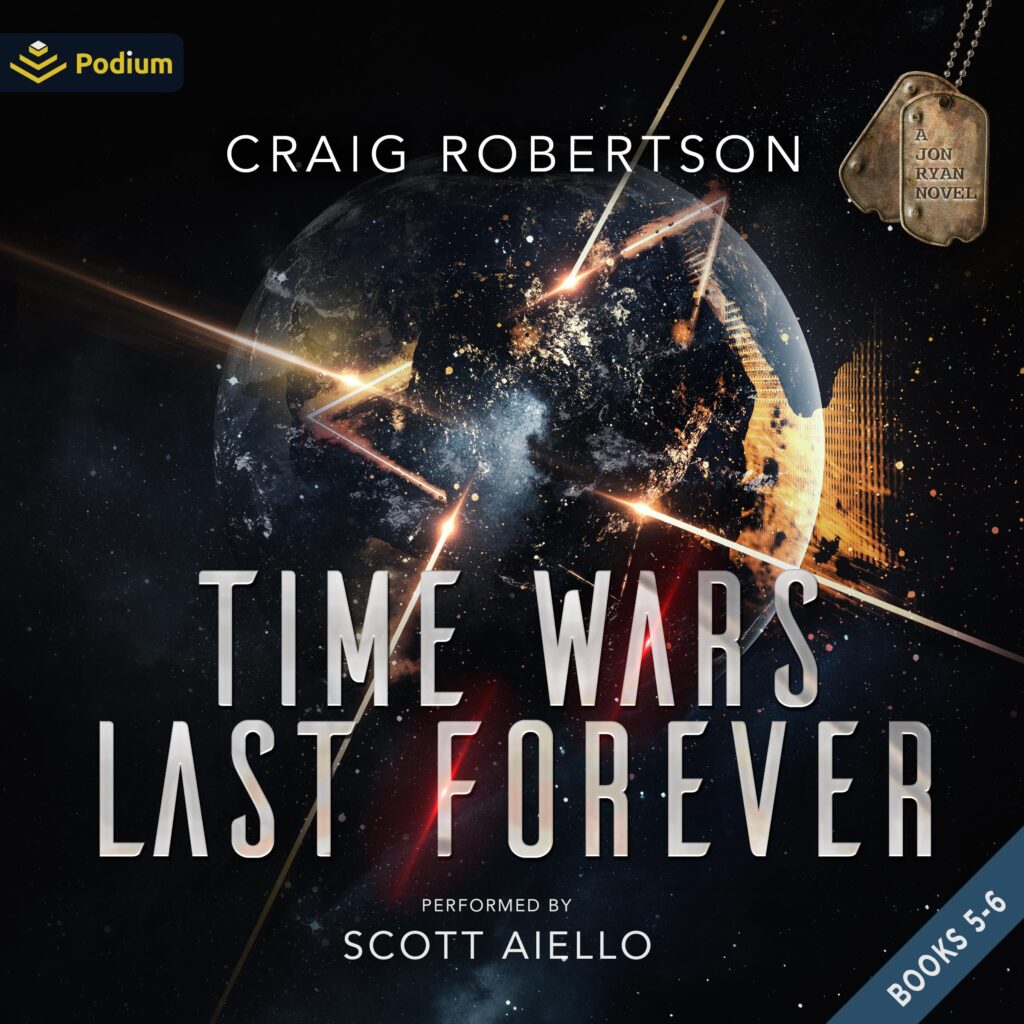 Contains books five and six of Time Wars Last Forever.
Finding Time, book five:
The time war keeps rolling on, and Jon is unable to get a controlling handle on the Juggernaut. With Tank by his side, he has infiltrated the Claxeon citadel, home of the Brother-Sisterhood of Time. There he hopes to find some clue that will set him in the direction to find the Soul of Time. Unbeknownst to Jon, a dark and unstoppable order of assassin inquisitors guards the citadel. The Council of Seven, as they are known, has never been bested. All of Jon and Tank’s hard work may turn out to be a death sentence….
If that’s not bad enough, the time maker is still out there somewhere, and his mental breakdown is accelerated by fear after meeting a demon from a globular cluster. His flight of insanity takes him farther and farther from Jon and his team. In an infinite universe, the chances of finding their enemy shrink for our heroes with each passing moment. And even if Jon defies all statics and logic and actually finds the Soul of Time, can he learn anything useful to reanimate Earth?
Healing Time, book six:
Time is literally running out for Jon and his team. He is armed with only a vague set of instructions from Time as to how the Earth can be resurrected. The worst part: There is no way to know if such a miracle can even be achieved. Time told Jon specifically that what he was attempting had never been done. Then again, that type of dire warning has never discouraged Jon in the past. The dude’s practically worry-proof.
The clan’s leader, the time maker, is still avoiding a confrontation with Sachiko’s powerful time ship, Aramthella. The sociopathic security forces of the Brother-Sisterhood of Time are unrelenting in their pursuit of Jon and his crew. They are able to come at him from the past, present, and future. Not only that, but the inquisitors have a technology that allows them to return to an earlier time in their own lives. So even if Jon kills them, they will never stay dead. How can he even dream of defeating them?