By: James A. Hunter

Magic weapons. Deadly monsters. Epic quests. All just another day in the life of a Vigil.
Boyd Knight found his calling when he joined the Marines and qualified for the elite Force Recon. He’d found a tribe and a family, so when a hand grenade landed near his team, he jumped on it without thought or regret.
But instead of winding up dead, he wakes up butt naked in a cave full of monsters with a knife in one hand and a pistol in the other. He’s been chosen by Raguel, Five-Faced God of Justice, and entrusted with the power of the Vigil Bound. Every kill makes him stronger, and thanks to the Ascendant System, Boyd can level up, unlock increasingly powerful spells, and even harness the abilities of the monsters he’s been dispatched to hunt.
If he can survive the deadly shapeshifter stalking him from the shadows, Boyd’s second life promises to be even more ass-kickingly epic than his first.
From the bestselling author of Rogue Dungeon, Bibliomancer, Shadowcroft Acadmey for Dungeons and Viridian Gate Online comes a shoot-’em-up LitRPG fantasy series brimming with spells, upgrades, guns, and monsters! 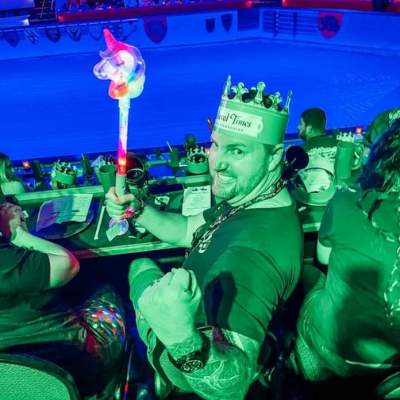 James A. Hunter is a full-time inkslinger and the bestselling author of Viridian Gate Online, Rogue Dungeon, Bibliomancer, Shadowcroft Academy, and Vigil Bound! In addition to writing, James is also the creative director and acquisitions editor for Shadow Alley Press, an industry leader in Fantasy, Science Fiction, and LitRPG books.