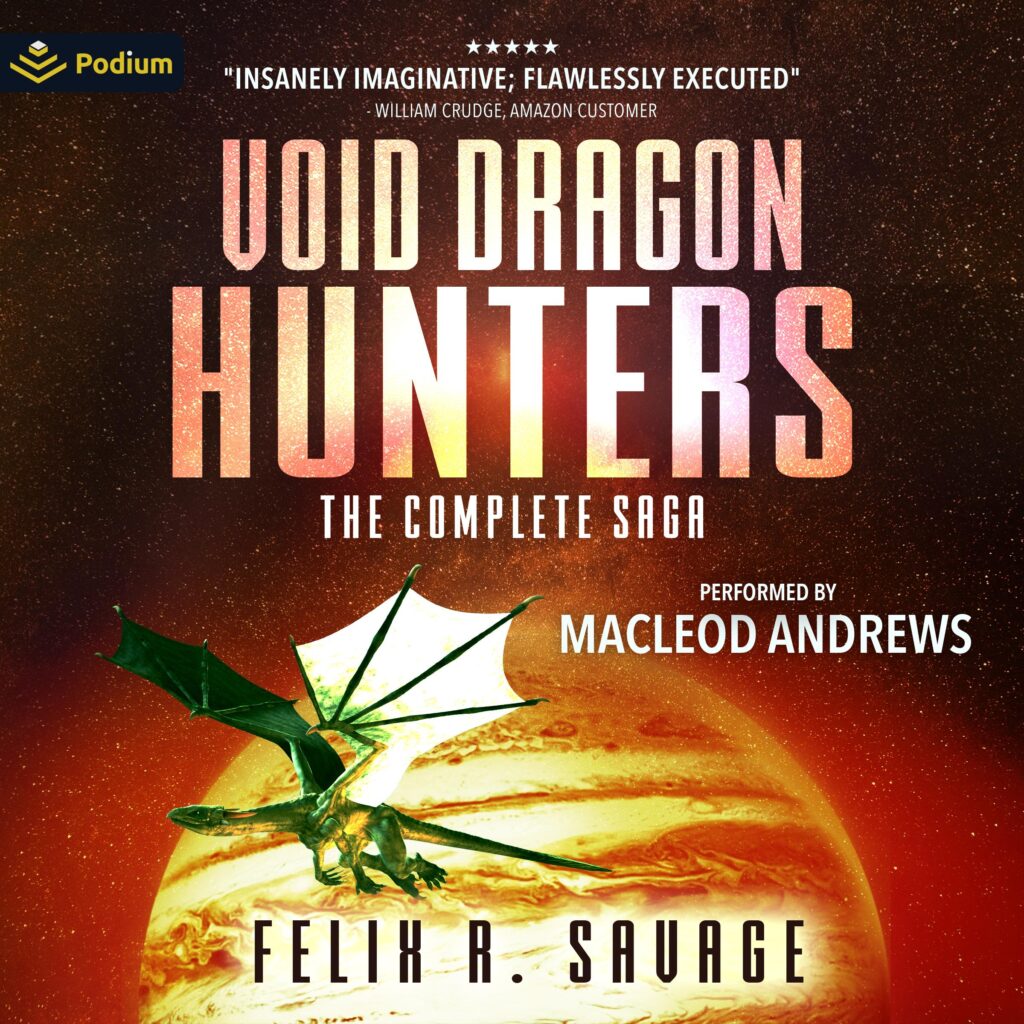 In 2160, a Void Dragon ate the sun. A changed Earth, now orbiting Jupiter, is still habitable – though much colder than it once was. And much more dangerous.
After an intelligent and aggressive race of aliens called the Offense loses its sun to a Void Dragon, including its home planet, Earth becomes a target for domination.
The only hope for humanity is Jay Scattergood, a clever young conscript stuck in the tech support division of Earth’s Department of Defense, an organization with an increasingly suspicious agenda. Enemies surround him on all sides.
But Jay has a secret. Something that could change the tide of battle. Jay has been holding onto a Void Dragon egg, found in his garden when he was eight. And it’s starting to speak to him.
The latest action-packed saga from New York Times best-selling sci-fi author Felix R. Savage has it all – space battles, humor, a cast of unforgettable characters, scientific speculation, and dragons!